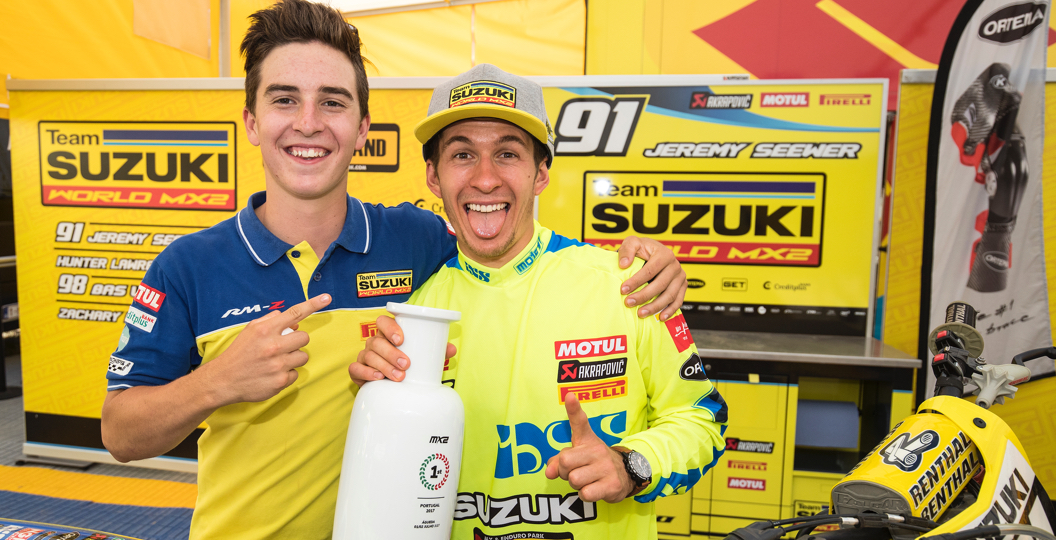 The injury that Hunter Lawrence sustained prior to Ottobiano was fairly large. A compressed vertebrae meant that riding was far too risky, but he has now been cleared and will make his return at the MXGP of Czechia this weekend. However, his preparation has been far from ideal.

“I finally got cleared from the doctor today after he checked out my scans and I’m extremely excited and raring to go for the Czech GP,” Lawrence said in a press release. “It’s been hard sitting on the sidelines, but I’ve been training off the bike as much as possible. It’s definitely not the same as riding though, especially when I’ve seen the other Suzuki World riders doing so well as I just wanted to be out there with them. Thankfully I’m good to go for Loket, as it looks like quite a cool track and it means I can finally get back to racing, which is all I want to do.”

After skipping two rounds of the FIM Motocross World Championship, Hunter Lawrence sits tenth in the MX2 series. Twenty-two points separate him from the rider in ninth.