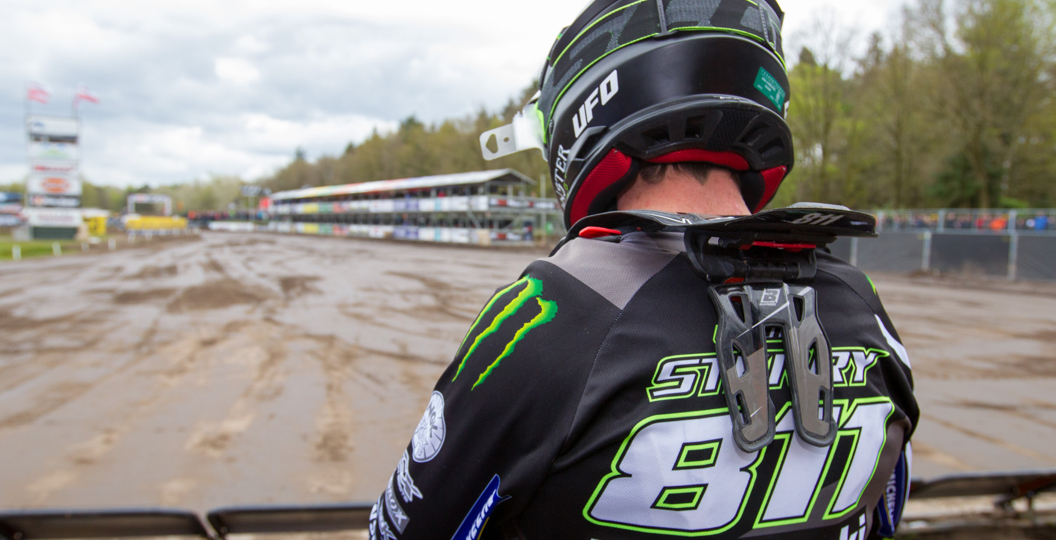 Adam Sterry has a black cloud of some sort following him, it seems, as poor luck strikes frequently. ‘811’ was again robbed of a great finish this past weekend, when he tagged another rider and consequently tweaked his knee. Sterry withdrew from that moto, then didn’t start the second in an attempt to seek medical advice.

“We made some good improvements during the week and, being back in the sand, I was confident for a good weekend,” Sterry stated in a Monster Energy KRT press release. “I showed this in moto one until I hit another rider while in fifth and twisted my knee. Hopefully nothing really serious but we will have it checked on Monday to make sure.“

After getting that checked out yesterday [Monday], it has now become apparent that he has torn his ACL and will be out for the foreseeable. “So yesterday I got the results from the scan on my knee,” he wrote on social media. “Unfortunately I have torn my ACL, so 2017 is pretty much over for me. I am in the best hands with @HarrisandRoss and @TheRealConeHead to get back to 100% and come back stronger.

“This hit me hard as we put all the hard work in, but didn’t manage to show it yet and just as we felt like we was getting there a small dab of the leg and this happens. That’s motocross though and [it] makes them [sic] good days just that little bit better!“

Adam Sterry currently sits sixteenth in the series standings with seventy-two points to his name.