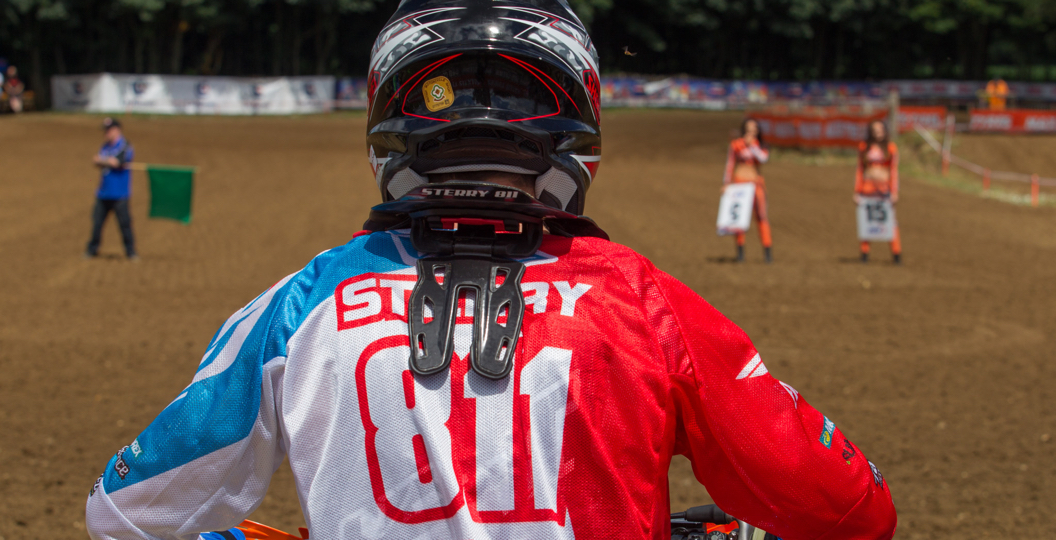 A lot can change from one Maxxis British Championship round to the next, seeing as there is a lot of time between each event. This list serves as proof of that, as it has grown significantly since Blaxhall.

In for Preston Docks…

Adam Sterry: After sustaining severe burns at the Fiat Professional MXGP of Belgium, Adam Sterry was in need of a skin graft and has not raced since. He’ll be back this weekend, however, in an attempt to continue marching towards the red plate.

Bryan Mackenzie: Ligament damage sidelined Bryan Mackenzie in the weeks following Blaxhall, but he got back on a bike earlier this week. It remains to be seen how close to one-hundred percent he’ll be on Sunday.

Graeme Irwin: A broken thumb threatened to thwart Graeme Irwin’s efforts, but he managed to clinch the Michelin MX Nationals title one week ago. Irwin will attempt to push through the pain again this weekend, after deciding to ride just a couple of days ago.

Ashley Wilde: Remember Ashley Wilde? It seems like an eternity ago that he crashed in turn one at Canada Heights and damaged his shoulder, but he is back! Wilde has been back on a bike for a couple of weeks, so may lack a bit of fitness in his return.

Gert Krestinov: A crash in Switzerland left Gert Krestinov with muscle and ligament damage in his neck, but nothing was broken. Krestinov was not quite ready to race the penultimate Michelin MX Nationals round last weekend, but will attempt to line up on Sunday.

Carlton Husband: After pushing through the pain of a hand injury at the previous two rounds, Carlton Husband took some time off and now seems to be back to his best.

Out of Preston Docks…

Kristian Whatley: Kristian Whatley has not sustained an injury, but a lot of mystery surrounds his current situation. “Personal issues” are stopping him from racing and, although he has full support from Buildbase Honda, it seems unlikely that he’ll return in the coming weeks.

Sunny Thompson: A source at D.S.C Cornwall Kawasaki revealed on Friday that Sunny Thompson has retired from racing, as work commitments were stopping him from fulfilling his potential on the track. We wish Thompson well in his future endeavours!

James Dunn: James Dunn has been missing ever since the decision was made to examine his delayed repetitive concussion symptoms in more detail. Seeing as he has not been on a bike for quite some time now, you would think his season is over.

Ben Watson: When Ben Watson sustained the foot injury in Argentina, he had his sights set on this part of the season for a comeback. The whole recovery process seems to be taking longer than initially expected though, as he is still not quite ready to return.

Alfie Smith: The shoulder injury that Alfie Smith sustained earlier in the year will keep him on the sidelines for quite a while. Smith may return before the end of the domestic season, but do not expect him to be on track anytime soon.

James Hutchinson Although James Hutchinson may actually be back on track by the end of the year, despite having his C6 vertebra pinned and plated following Desertmartin, Preston Docks is just a bit too early for him.