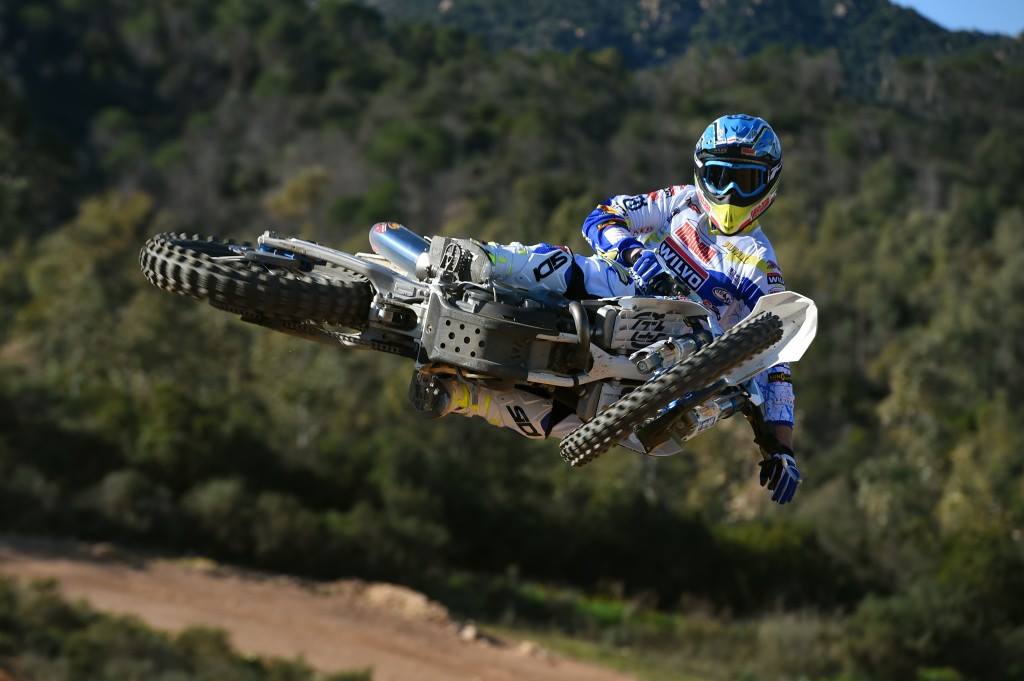 With the opening round of the FIM Motocross World Championship taking place in Losail, Qatar this Saturday, February 28, Husqvarna Motorcycles’ official teams are ready to begin their 2015 MXGP and MX2 championship assaults.

Fielding three riders in the MXGP class, Red Bull IceOne Husqvarna Factory Racing head to Qatar fresh from very encouraging pre-season performances in the Italian Motocross Championship. Using the three-round series as a shakedown ahead of the 2015 MXGP season, the team’s three riders – Max Nagl, Todd Waters and Nathan Watson – all scored promising results. Firing on all cylinders, the trio will look to get their MXGP campaigns off to the best possible start on Saturday.

Ending 2014 in impressive style, experienced German Nagl is known to have the speed to win and is focused on establishing himself as an MXGP championship contender. Competing aboard Husqvarna’s powerful FC450, Nagl is expected to play a decisive role in the highly anticipated MXGP championship.

Competing alongside Nagl in the Red Bull IceOne Husqvarna Factory Racing team, both Todd Waters and youngster Nathan Watson enter the 2015 MXGP season opener determined to show what they’re capable of. With Todd starting his second season of GP competition, and Nathan now set to compete in all 2015 MXGP races, together they complete the highly motivated MXGP squad.

Representing Husqvarna in both MX2 and MXGP, Wilvo Nestaan Husqvarna Factory Racing will field Aleksandr Tonkov and Dean Ferris. Ending his 2014 season eighth overall in the MX2 class, Tonkov enters Losail ready to improve and having shown impressive speed towards the end of last season. A little older and a little more experienced, Tonkov delivered solid results in his pre-season races and is determined to battle it out at the sharp end of the MX2 class.

Back to competitive action following an end-of-season leg injury last year, Dean Ferris is hoping to make a memorable first MXGP showing for his new Wilvo Nestaan team. Fit, healthy and feeling strong, the Australian is certain to be a rider to watch in MXGP.

Robert Jonas – Head of Husqvarna Motorsports: “The start of a new MXGP season is always an exciting time, everyone at Husqvarna Motorcycles is looking forward to a successful year ahead. The 2015 MXGP and MX2 championships will bring many challenges, but both the Red Bull IceOne Husqvarna Factory Racing and Wilvo Nestaan Husqvarna Factory Racing teams are ready for the first GP in Qatar. All five riders have been training hard during the winter, visible in their results at the recent pre-season races. With 18 rounds to contest there’s no doubt that it will be a very long and demanding series. We wish them luck.”

Antti Pyrhönen – Red Bull IceOne Husqvarna Factory Racing: “Everything has gone to plan during our pre-season preparations with three solid outings in the Italian championship. Max, Todd and Nathan are all healthy and motivated to make a strong start to the championship, and looking forward to the 2015 MXGP series. Max has been getting great starts in his pre-season races and has worked extremely hard to be in the best shape possible for the opening GP in Qatar. Todd has continued to work hard and I’m confident that his dedication will start to pay off and show in his results. Nathan faces an exciting year. He will now also compete in the overseas GPs after promising winter preparations, which will give him valuable experience. Everyone in the team is excited about getting the championship started.”

Jacky Martens – Wilvo Nestaan Husqvarna Factory Racing: “This is an exciting moment for the Wilvo Nestaan Husqvarna team. With one rider in each class we will have a very full programme at each GP, starting this weekend in Qatar. Both classes are extremely competitive but with Aleksandr Tonkov and Dean Ferris we are looking forward to strong results. Both riders have been training hard and both have the speed to challenge for the podium.”