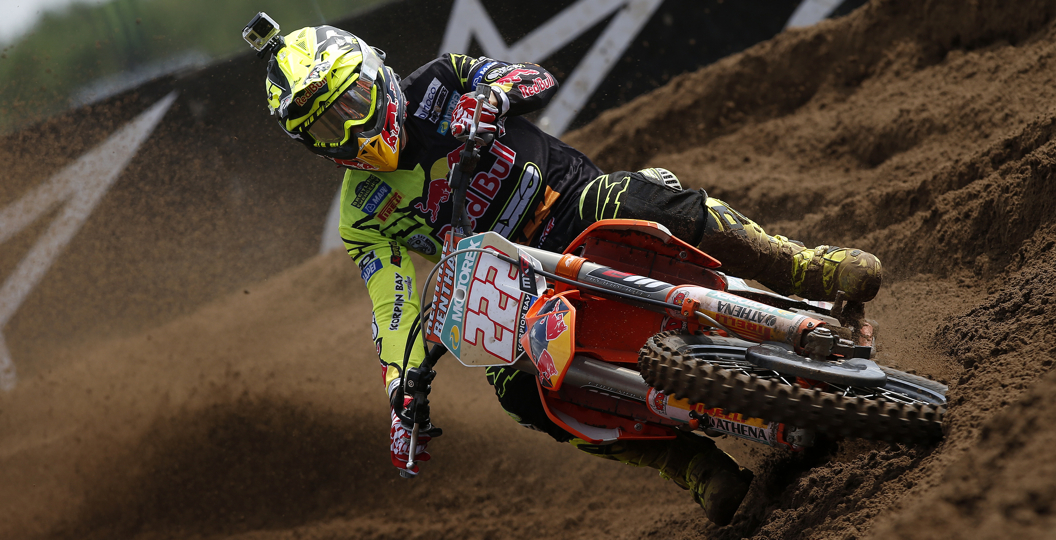 Hot and Cold: GP of Belgium

Max Anstie: Following his ride in Qatar, most expected Max Anstie to win a GP at some point this year. However, following the abundance of mechanical failures that he has had to deal with recently, any kind of good result seemed far-fetched – no one expected him to win Lommel. Surprisingly, his bike went the distance in every race, although the issues are not extinct, as he almost did not get his bike fired up on the line before moto one.

Anyway, that does not matter now, as Max is a deserving GP winner! His prowess in the sand is undoubted, so if there was a place where he was going to thrive, it was Lommel. With Jeffrey Herlings out, the situation played into his hands perfectly. Will he win another race this year? It’s hard to say, especially with reliability issues still an ever-present factor, but that speed that we saw at the beginning of the season seemingly has not disappeared.

Jordi Tixier: Like a lot of riders, Jordi Tixier realised that sand was his weakness early on in his career, and was determined to ensure that it would not let him down in his quest to be the best that he can be. In 2013 he came out and proved to be a formidable competitor on the soft stuff, and he has been a consistent podium finisher on the surface since then. Lommel was no different, as he was on the podium again and took the second moto win of his career. Whether he will take the world title or not depends on whether his teammate will be able to gain any points in Mexico. It is going to be a nail bitter, folks!

Antonio Cairoli: It was not too long ago that the Belgian riders and the Dutch dominated in the sand, but that certainly is not the case nowadays, as the French and Italians are more than capable of toppling the nations that once dominated. Antonio Cairoli is pretty much unbeatable in the sand, and Lommel was no different. His clear win helped him to inch closer to another world title, which he will more than likely earn in Brazil. I am sure he would have liked to take it in Lommel, near his family and friends, but in this field that would have been a tough task.

Ken de Dycker: So, who was a bigger surprise at Lommel, Max Anstie or Ken de Dycker? Like Max, Ken has had no notable results lately, but due to an on-going wrist injury. The Belgian stated that his wrist injury was no trouble at all in the sand, strangely, but clearly that was the case, as he stood alongside his teammate on the box! That was the last that we will see of Ken this year, as he will have surgery to try and fix the wrist, to ensure he will be ready to go in 2015.

Speaking of next year, de Dycker said in a press conference that he does not have a ride. Although, in an interview on the official MXGP site he said that he is locked in with Red Bull KTM. I would bet that he ends up back there, but honestly, who knows after he has said two completely different things!

Shaun Simpson: This one certainly was not a surprise! Shaun has always excelled in the sand, and hopes were high following his GP win at Lierop last year. Although he did not repeat that performance, he took to the overall podium for the first time this year, which will surely help him when it comes to securing a ride for next year. You could see how happy Shaun was to be back up there, and that is something the sport needs – real personality.


Jeremy van Horebeek: Following an extremely consistent run, van Horebeek has suddenly been quite inconsistent at the three most recent rounds – but at least he finally got a win in that time span! Jeremy admitted that he made a ‘rookie mistake’ in moto one when he attempted that quad and consequently cut the skin above his eye. Although the blood made it difficult for him to continue, he soldiered on and did what he had to – for that we should applaud him.

Steven Frossard: Like Van Horebeek, Steven Frossard also came up short on a jump in moto one at Lommel, and was dealing with some pain as a result. Although he eventually dropped to thirteenth, he salvaged some valuable points, which will keep him in the running for fifth in the championship. The second moto was much better, as he secured sixth after losing some spots in the closing stages. He is only nine points back of Shaun Simpson in the standings, which is nothing really, in the grand scheme of things.

Max Nagl: I do feel quite sorry for Max Nagl, as he just can’t stay healthy, and a majority of the incidents that cause this are not his fault. Following a lacklustre sixth in moto one, Max had to retire from moto two with symptoms that resembled what he dealt with last year when he had a virus. The German will now go to see specialists, in order to determine whether he has the same problem as last year, and whether he can finish the season.

Christophe Charlier: Christophe Charlier was a moto winner one week ago, but at Lommel he scored four measly points. Things can change so quickly in this sport! There was no real reason for his lacklustre showing, although he has never been one that shines in the sand. Even Yamaha claimed that it was ‘one to forget’ in their post-race press release. Unfortunately, it is rides like this that will make it even harder for him to get a ride in the premier MXGP class in 2015 – time is running out.