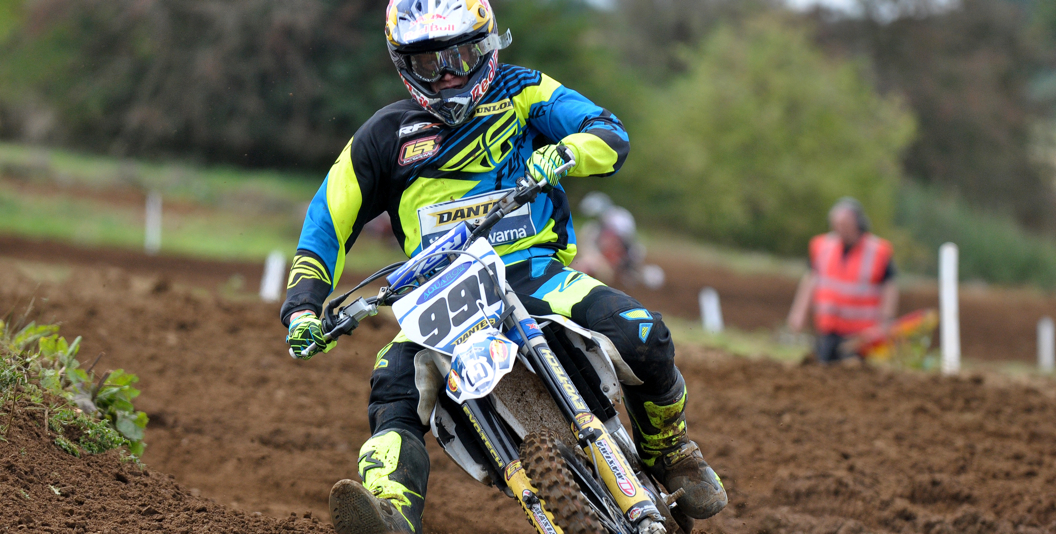 The rough and rugged track of Culham was the site of the sixth MX Nationals round this past weekend, and although the track was very different to what we saw back in March, the results were quite similar. In ‘Hot and Cold’ we look at the riders that did well and those that didn’t have a good weekend.

Nathan Watson: Although Nathan Watson won the opening moto at Culham on Saturday, I am sure that he would have been asking himself a few questions following the race. The fact that Whatley was able to close the gap must have been at the forefront of his mind. However, he rebounded in a big way before moto two, as he not only matched the pace that Whatley was running – he went faster. Sure, he lost moto two, but I would argue that his ride in that one was more impressive than the first race that he won!

The Dantec Husqvarna UK rider was in a similar spot in moto three, as he was again chasing Whatley. However, he made the pass this time around (and it was a great pass, make no mistake about that) and then pulled away with ease – he broke his rival. What did he gain from that move? Well, he won the moto, the overall, garnered a lot of momentum and extended his series lead. It certainly wasn’t a bad weekend!

Kristian Whatley: On Saturday, the raw speed that Kristian Whatley possessed was simply jaw dropping. Although he did not win moto one, he undoubtedly had all of the momentum, which most presumed would have made him even more of a threat on Sunday. However, Nathan Watson raised his game for day two, as he was arguably faster. Whatley could have quite easily swept all three motos, but Nathan could have done the same too.

In the final race he made a mistake in the corner following pit lane, which could have resulted in a big crash and I think that may have had an affect on him; he was quite tentative the rest of the race. It was not a bad weekend for Kristian – not in the slightest. It could have been so much better though, but instead he has left with more of a deficit in the series standings.

Bryan Mackenzie: Prior to Culham, we were all raving about the influx of wildcards that had entered the MX2 class. Having Pocock, Watson and Sterry on the line helped the series to garner a lot of interest, but everyone overlooked those wily veterans yet again! In a class where inconsistency was rampant, the Pendrich Kawasaki rider posted a podium finish in two motos and then put an exclamation mark on his weekend with a dominant win in the final MX2 encounter.

The wildcards had the potential to aid either Bryan or Neville Bradshaw in the title fight, and in the end they helped the Scotsman cut the deficit down to eight measly points. Although he did find Neville on-track a lot of the time, which is normality.

Ben Watson: There were three moto winners in the MX2 class at Culham (Mel Pocock, Steven Lenoir and Bryan Mackenzie), but Ben Watson could have won one of those I’m sure – he was more than capable and had the speed. His ride in moto one, where he pushed through the field to take the lead, was impressive and shows what level he (and riders similar to him, like Sterry) is pushing currently. Although that race win escaped him, he still had a great weekend finishing in second overall following three consistent finishes of a fourth, second and third.

Adam Sterry: Bad luck followed Adam Sterry around at Culham and left him a little banged up, although thankfully he is not injured. In moto one he had a solid ride after coming from the back following an incident on lap one; he pulled through to sixth on a brutal track, and was just seconds from a top five finish. The speed was there, and when he holeshot moto two he looked poised to take the overall. However, a hard fall on the jump after pit lane left him (and the bike) unable to continue. Fortunately he will be fine, but he won’t look back on the weekend with fondness.

Ross Rutherford: There was a huge crash down the start straight at the start of the first MX1 moto, which unfortunately claimed Ross Rutherford and Steven Clarke. Ross came off worse, as he sustained a foot injury, which he has already had fixed up. Ross could actually acquire some good results if he remains injury-free, but that has proven to be a tough task. It is not like he crashes out every time – there is nothing he could do about his fall on Saturday, but he is back on the sidelines.

The Track: I can’t think of one rider that thought the track was good this past weekend; although most said that “it is the same for everyone.” When the MX Nationals visited Culham at the start of the season, most stated that the track was the best they had ridden in quite some time. What was the difference? Well, they obviously changed the layout, added some new sections and moved the start, but a lack of rain in the lead-up was a part of the issue. The new finish section wasn’t great either – it wasn’t the best Culham we have seen.