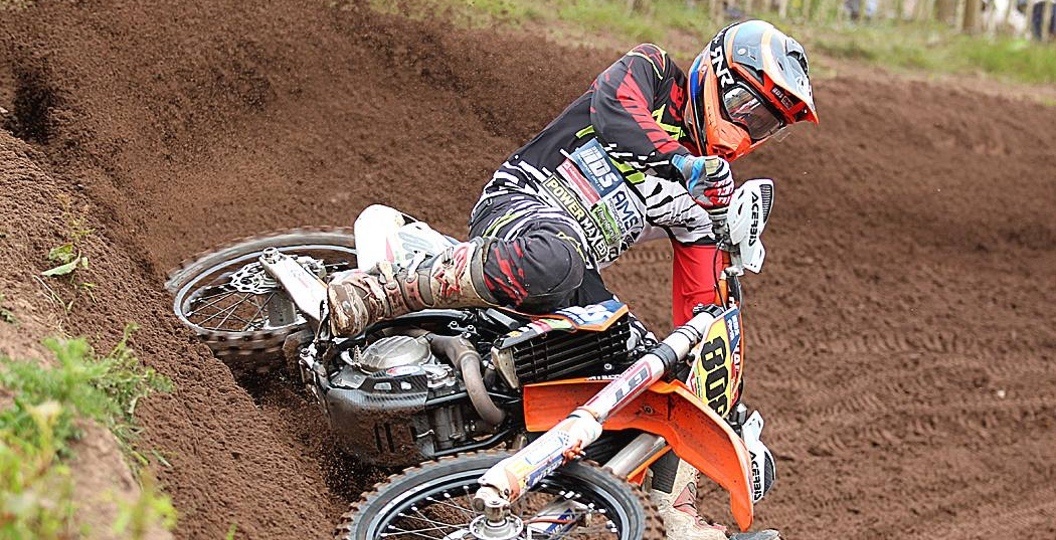 Last weekend the team travelled to Round 5 of the AMCA British Championships at the famous Hawkstone Park circuit.

Brandon gated badly in race 1 and was outside the top 30 as he rounded the first corner. He battled hard through the pack to be credited with 21st at the finish. In race 2 after another poor start he once again made some aggressive moves to move inside the top 15. A good fight back through the field.

Brad had his first holeshot of the year in race 1. He rode well and never looked phased to collect 5th at the flag. However, our excitement turned to dismay as after another cracking start in race 2 he was taken out by Gary Gibson at the second corner. Unfortunately Brad was unable to continue. He had broken and dislocated his wrist and has since had an operation to pin and plate the bones as well as repair ligament and nerve damage. We wish Brad a full recovery from everyone on the team and he will be sidelined for the rest of the season.

16th Overall and currently 11th in the series

17th Overall and currently 12th in the series

We now have a few weeks before round 5 at Boraston. Once again many thanks for all your support!