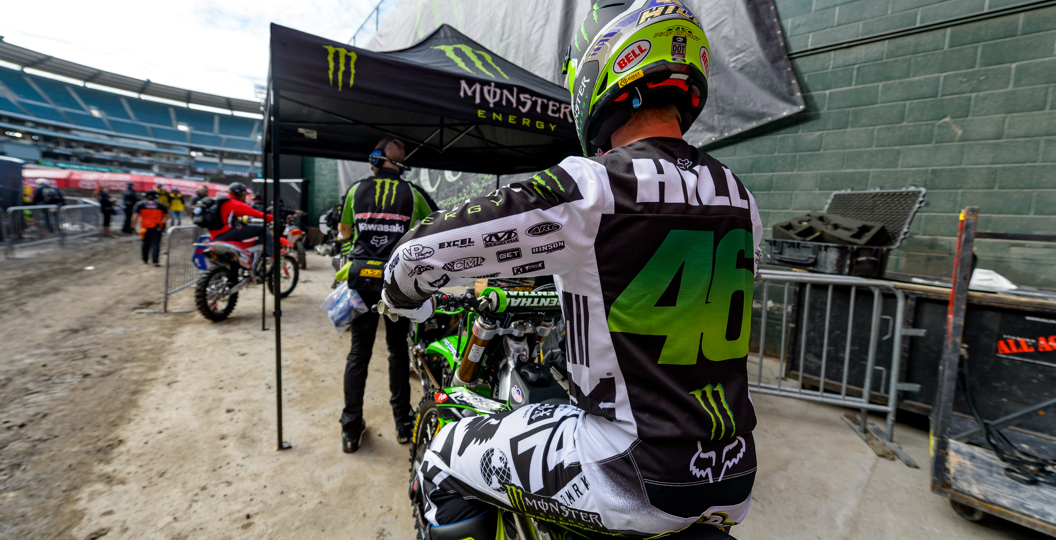 Hill moves over to JGR

Following a successful term with Monster Energy Pro Circuit Kawasaki, Justin Hill has packed up his belongings and moved across to the Autotrader Yoshimura Suzuki Factory Racing outfit with his number one plate. The deal is for two years and will include a transition to the premier division, as this will be his final season aboard a 250F.

“It’s an honor to be a part of the Autotrader Yoshimura Suzuki Factory Racing effort,” Hill said in a press release. “I have known [team manager] Jeremy Albrecht for a while now, and have always respected the JGRMX program. I was blown away after taking a tour of the team’s headquarters in Huntersville, N.C. It’s amazing how they invest so much time and money into finding solutions in an effort to gain a competitive edge. I knew immediately that I needed to be involved with them.“

Jeremy Albrecht, the team manager at Autotrader Yoshimura Suzuki Factory Racing, echoed those thoughts in the same release. “Justin is a phenomenal talent,” he said. “He has incredible ability on a motorcycle and is the cornerstone of our 250 program. In getting to know Justin, I’m also impressed with his professionalism and demeanour. The Autotrader/Yoshimura/Suzuki Factory Racing Team expects to win races, and I have the utmost confidence in Justin. His resume speaks for itself.“

Hill is not expected to compete aboard his new steed at the Monster Energy Cup, so will make his debut aboard the RM-Z250 at Anaheim 1 on the first weekend in January.