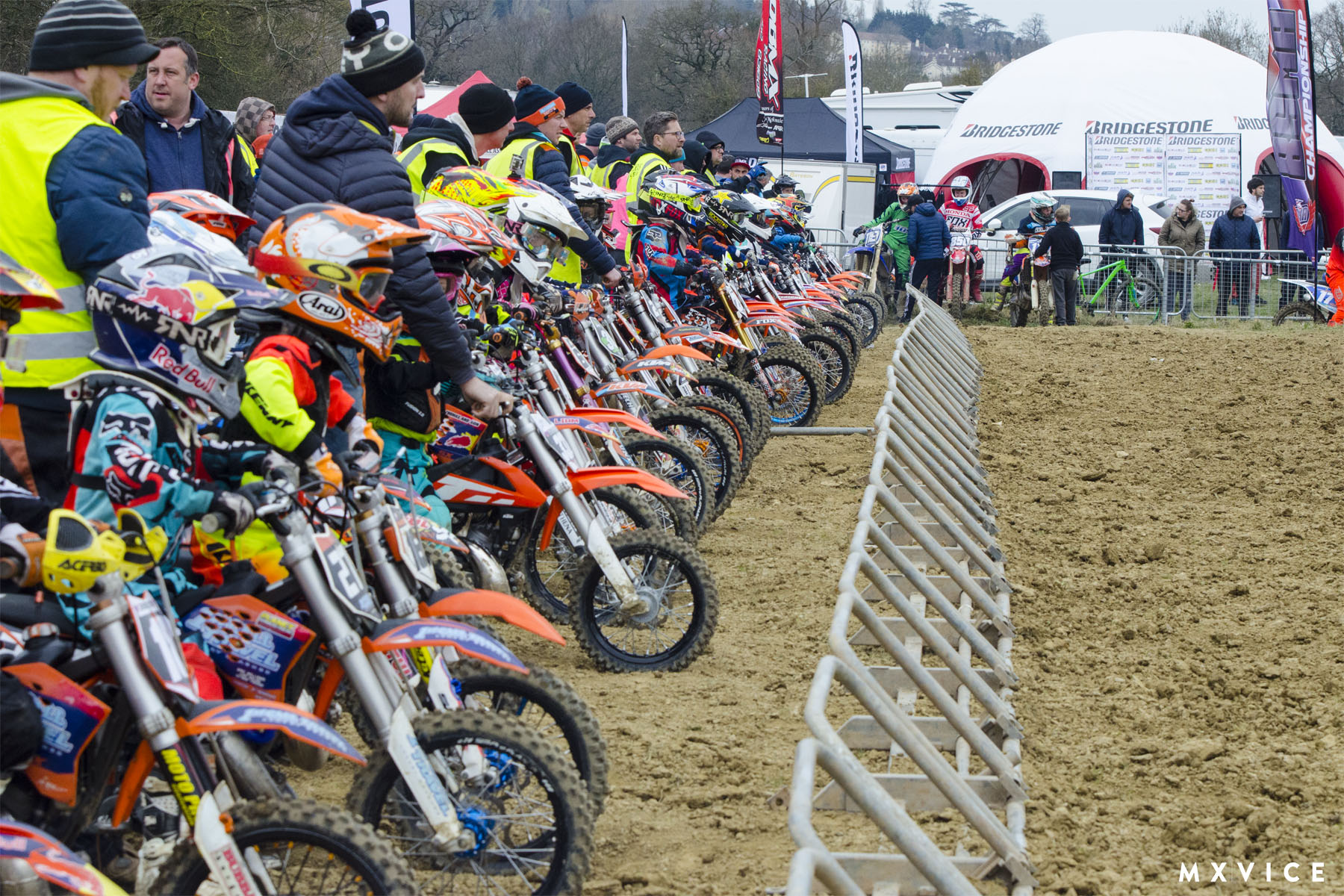 Competing in the Bridgestone BSMA Nationals against older, more experienced boys might be a bit daunting for some nine-year-olds, but in his first ever season in the Juniors, Harry Beach is loving every second.

Many nine-year-old boys living in the North Worcestershire area might be happy playing football by the riverside and spending their hard earned pocket money at the fun fair.

But for Warley Wasp Harry Beach, such entertainment was never going to satisfy his high-octane sense of adventure, with a seat on a motocross bike way more appealing.

The youngster is preparing for his third Bridgestone BSMA race weekend in the Nationals at Fatcats in Doncaster and despite being so new to competitive action against older competitors, he is beginning to make his mark.

Dad Steve said: “He is doing ever so well and we’re all really proud of him. He is ever so stylish, smooth and determined around the track and is showing a great deal of potential.

“He’s a focused clever kid. He knows it is a step up from his club competitions at Warley Wasps but he is adapting. He is always thinking about what he is going to do and navigates his way around the track extremely well.”

Harry has generally finished in the mid-pack during the opening two rounds of the season, but has shown particular promise in recording his best finishes in the final races, which bodes well for the future.

The youngster’s love for motocross began as a four-year-old, when his granddad bought him a Yamaha PW50 for Christmas.

Steve added: “He got on the bike when he was four, which he road on a friend’s farm on and off for about a year.”

“Then in the winter of 2014 he wanted to start back riding, so we bought him a KTM 65cc and he has never looked back since. He really can’t get enough of it now.”

If anyone has any difficulties in recognising Harry on race day, then they should look for his proud  and passionate granddad, Andy Grimes, who can be seen cheering his every move.

“Harry is his grandad’s shadow. Whatever his grandad does, Harry will follow, so he was always going to end up on a bike as his grandad also used to race.

“Andy comes to every race meeting and you couldn’t find a prouder grandad anywhere. He can be found cheering him on!”

Steve echoed the sentiments of countless parents across the UK when he admitted to being a bit tired after race weekends.

“I wouldn’t have it any other way and to see Harry’s face after a race makes it so worthwhile. He is loving it and his time in the Bridgestone BSMA Nationals is certainly bringing the best out of him.”