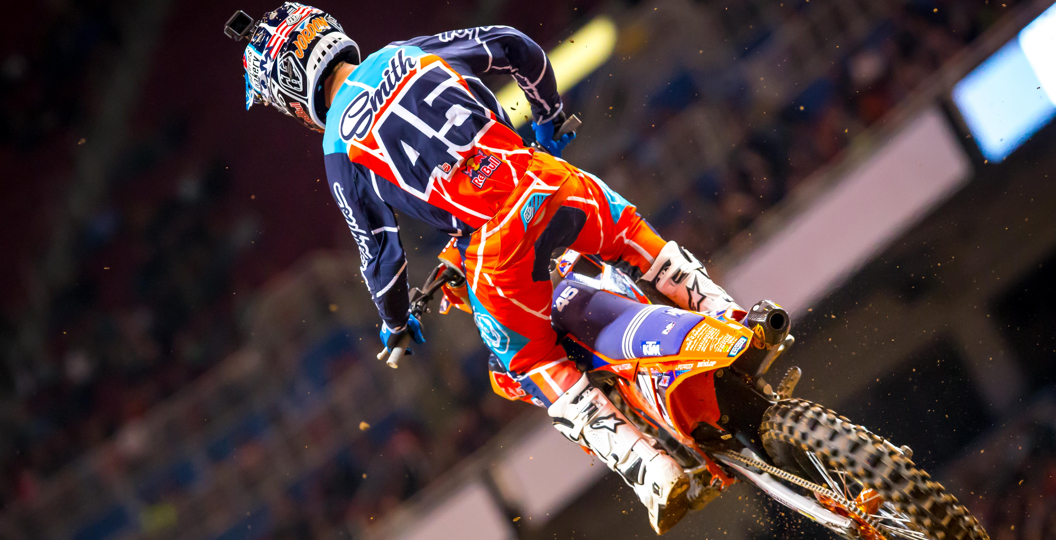 Getting caught up in the middle of the pack at a Monster Energy Supercross round can be a dangerous position, as this GoPro video from Vince Friese shows. Friese was in the thick of the battles all-night long in St. Louis and emerged with a twelfth, one of his better finishes of the season.

Jordon Smith and Kyle Peters were up at the sharp end during the 250SX East main event in St. Louis, so these two videos offer an intriguing perspective. Watch as the pair push the limits, string together impressive lines and get tangled up in some enthralling on-track battles.