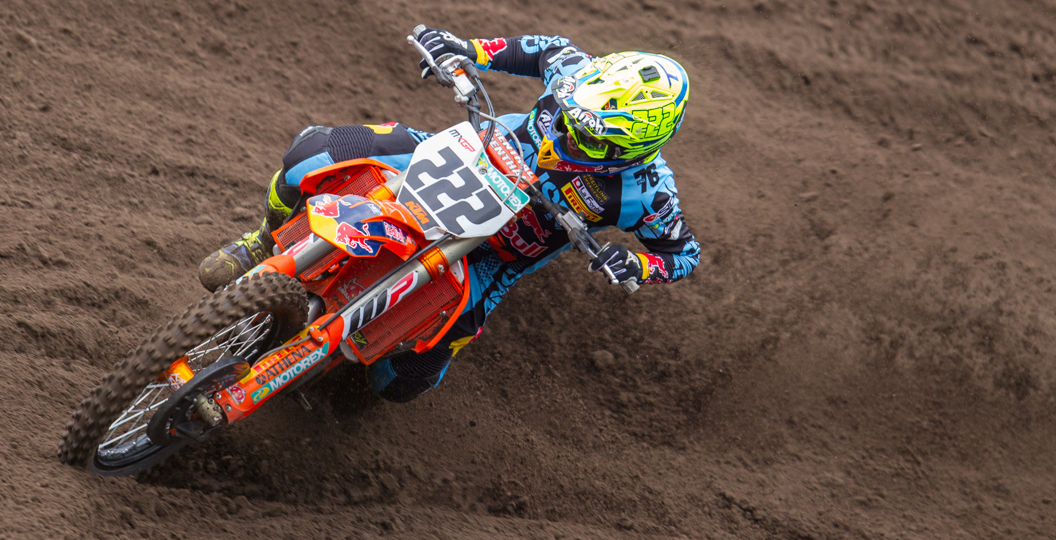 Gautier Paulin really had to fight for this first Grand Prix win in two years, as his start in the second moto was far from ideal. Watch him battle through the field when the track was at its roughest.

Antonio Cairoli was really at his best in the second and final MXGP encounter. Watch him master the sandy terrain with this GoPro footage.