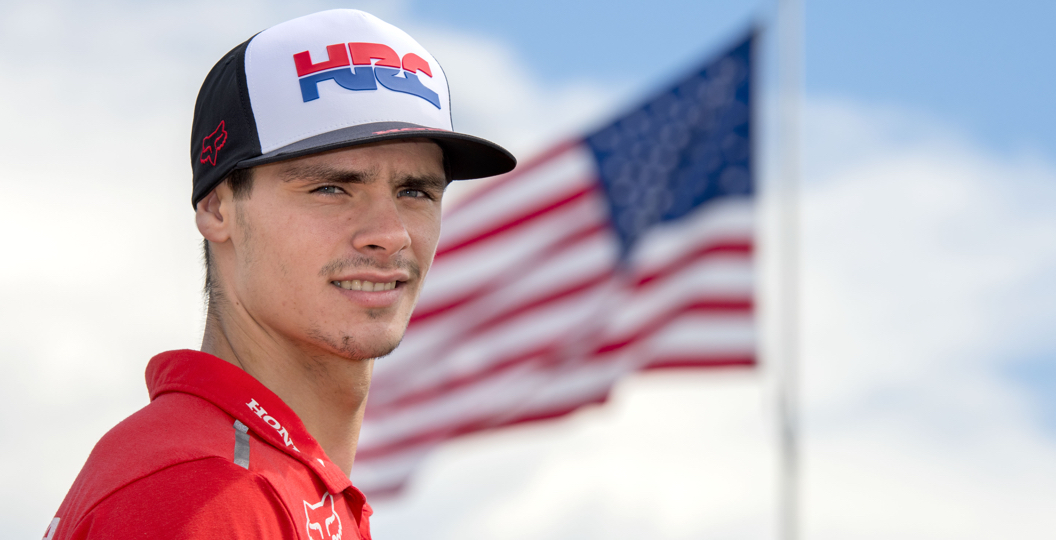 At MX Vice, we conducted an exclusive interview with Tim Gajser at the Grand Prix of Sweden in which he confirmed that he would be racing the Monster Energy Cup later this year. HRC have now officially announced that this will be the case, by releasing a press release to the various media outlets across the globe. Click here to hear the interview that we conducted with Gajser two weeks ago or, alternatively, read the full press release below…

Tim Gajser will make his hotly-anticipated debut at the Monster Energy Cup on Saturday 14th October at the Sam Boyd Stadium in Las Vegas, as he and the #243 Honda CRF450RW will tackle this flagship event with Team HRC.

Gajser is a big fan of supercross and regularly trains on his own private supercross track in Slovenia. He will take on the three ten-lap main events for the first time in his career, whilst working out of the American Honda rig.

Inside the floodlit stadium, in the city that never sleeps, the Monster Energy Cup brings together the world’s top riders to battle it out for the highly-coveted Monster Energy Cup and one million dollars in prize money. Winners in the past include AMA Supercross champions Ryan Villopoto and Eli Tomac. The event is one of the most watched race events of the year. Its unpredictability and technical track layout offers a racing spectacle that keeps you on the edge of your seat.

Tim Gajser: “I am really looking forward to racing in the Monster Energy Cup this year. I want to go there, have fun and enjoy it. Racing in a stadium in America is a whole new experience for me. I have an awesome new limited edition kit from Fox to debut on the night, which I think everyone will love. Obviously when I enter a race the goal is to win, but this is completely something new for me. I am entering without any real expectations of where I will be. I have a track at home that I can train on, so after MXGP I will add more supercross elements to it to help me prepare for the race. I want to come out to America a week early to practice on an American supercross track.“

Roger Harvey: “Team HRC are really looking forward to seeing how Tim performs in this prestigious event, alongside many of his American counterparts. It is one of the most popular none-championship events on the supercross calendar and draws interest from around the world. This is the first time that Tim has ridden at this type of event. We were originally scheduled to race this event with Tim in 2016, but a shoulder injury prevented his participation. It goes without saying that Tim will have a great deal of support from the MXGP paddock, with everyone wanting him to put on a good show on his CRF450RW.“