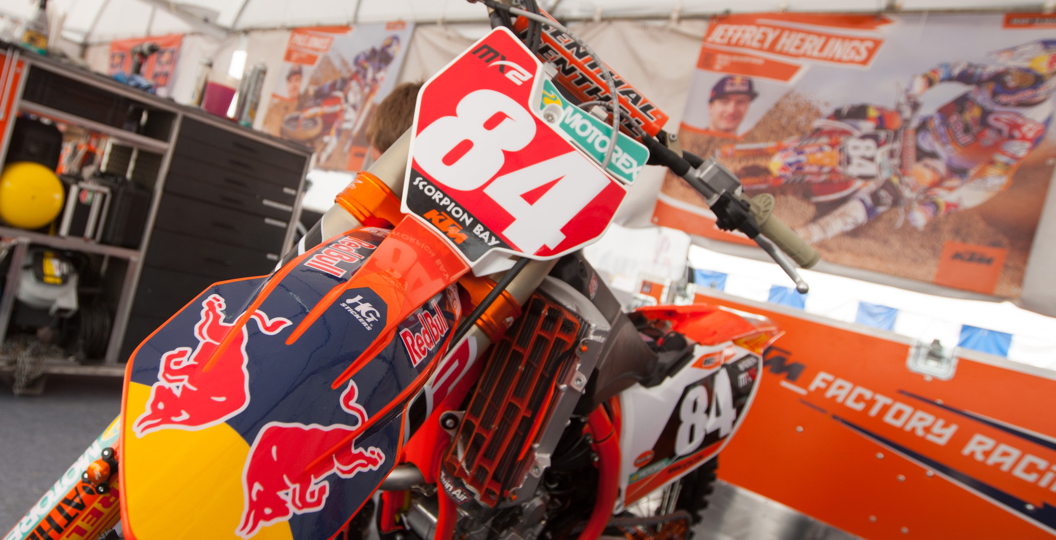 Suphan Buri, just a handful of hours adrift of Bangkok, will be the third different Thai venue that the FIM Motocross World Championship has visited in four years. Although it is no Si Racha, it already seems that it is a considerable improvement over the circuit that we visited last year.

It shares some characteristics, admittedly, like the fact that it is flat and jump-laden. However, MXGP series leader Tim Gajser commented that last year’s circuit resembled a supercross track and this one does not. If I were to point to a circuit you could perhaps compare it to, Bastogne or even Si Racha would arise as options. It is nowhere near as good as the latter, no, but it does seem that the organisers have tried to replicate it somewhat. Remember that massive double at the first Thai venue that claimed Tommy Searle in 2014? There is one that is almost identical here!

My greatest concern would be dust, as they are going to have to put a ton of water down overnight and throughout the day. Will this make it a slick mess? Well, it has been ripped very deep in an aim to combat that. It seems lessons have been learnt each year, as there are also cold rooms for riders to relax in and baths already provided. Those will be pivotal in helping the riders with their post-race recovery, as temperatures are expected to hit forty degrees; don’t be surprised if we see a few dropouts as the motos progress like last year.

Those facilities are based within the pits that are actually quite cool, in both senses of the word. Steve Turner mentioned that last year they were based on tarmac, so the heat would bounce off, whereas that is not the case this year. I would argue that it is a better work environment for teams than what they had at round one, just because there is a little more room.

Speaking of making progress, Rui Goncalves held a rider’s meeting to discuss track prep earlier today. A majority of the stars attended to voice their opinions on what was wrong last weekend and what should be changed to avoid similar issues tomorrow. This is another step towards a rider’s union, something that most have longed for. It’ll be interesting to see whether any major changes are made following free practice based on Goncalves’ input.

On a semi-related note, you know how you would immediately critique an overseas race because of the lack of fans and interest? There are signs advertising the event and celebrating the sport all over the town of Suphan Buri, more than we have ever seen before. An opening ceremonies event at a local landmark attracted hundreds too, as fireworks went off and riders were welcomed by keen fans and those in positions of power.

Will this translate to a respectable amount of locals lining the fences over the next two days? Who knows, but there is more of a reason for them to do that as the race has been branded as a festival with live music. You really have to experience an event like this in order to truly appreciate it, so don’t just write off the Thai GP based on past complaints.

The schedule is more condensed than usual, because of the lack of classes, so free practice will kick off at quarter to eleven local time. We’re six hours ahead of Europe here in Thailand and seven ahead of the UK, so we would recommend rushing to this very site when you wake up tomorrow morning.