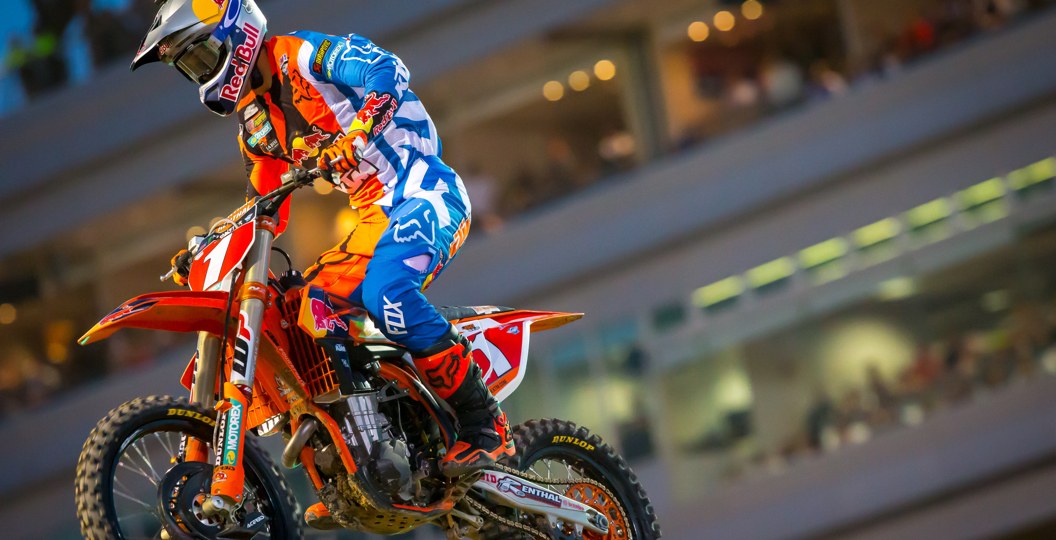 The first round of the Lucas Oil Pro Motocross series is still four days away, but there has just been a huge turn of events in the premier class. Ryan Dungey, a three-time 450MX champion, has bowed out of the series. The decision was announced via a Red Bull KTM press conference that was live streamed on YouTube.

We’ll have more from the press conference soon, but the fact is that the 2017 450SX champion has announced his retirement from professional supercross and motocross (effective immediately). Dungey stated that he was blessed by the opportunities and people that surrounded him throughout his career.

“I have achieved more than I could have ever have imagined or dreamed of,” Dungey stated when signing off. You can watch Ryan Dungey’s retirement speech in the replay from the Red Bull KTM press conference. Fox Racing and Monster Energy Supercross have paid tribute to the champion, just as we have in a unique article about Ryan Dungey’s retirement.