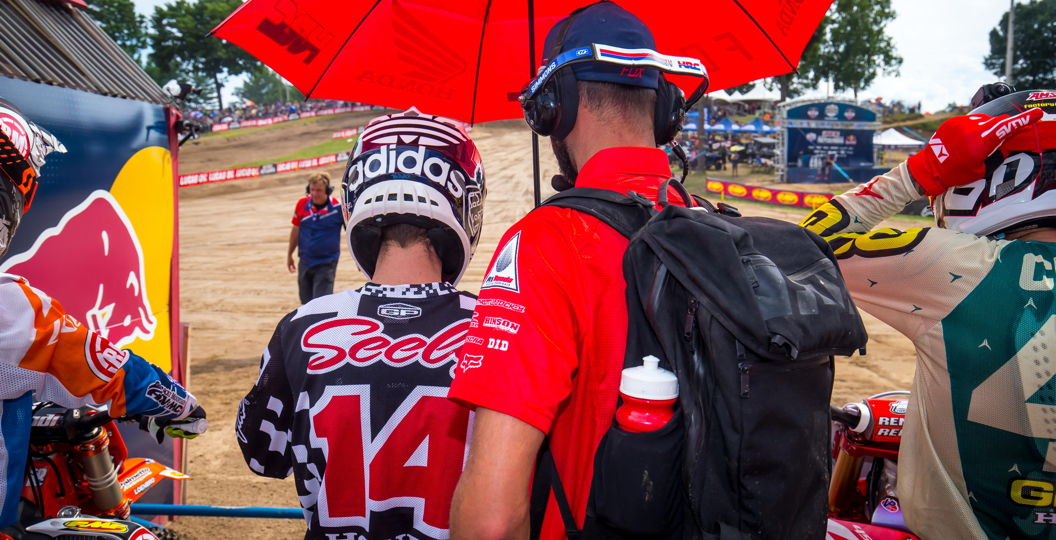 Who should represent Team USA at the Motocross of Nations? This was once a simple question, as it was a foregone conclusion more often than not. When Matterley Basin last played host to the prestigious race, which was eleven years ago, the team was supposed to consist of Ricky Carmichael, Ryan Villopoto and James Stewart. There was not much debate.

This season could not be more different though, as debate has raged on across the globe. Ryan Dungey is retired, Eli Tomac has a frantic schedule, Jason Anderson requires surgery and others just are not on form. Who is left to represent Team USA? That is the real question. The only thing that seems set in stone is that Zach Osborne will get the opportunity that he has longed for and finally be a member of the squad. Based on current form, ‘16’ may end up as the strongest member.

The best-placed American riders in the 450MX standings, Eli Tomac and Blake Baggett, are out, so Cole Seely is seemingly the next option. Seely has limited experience abroad though; he has not even taken part in some of the traditional events that are run throughout the off-season. That would perhaps be more of a worry if the event was held at a circuit like Loket or even Ernee, but Matterley Basin boasts many traits that resemble a circuit on the Lucas Oil Pro Motocross tour. Just take a second to think about how incredible it would be to see Seely, who was an unknown on a Fun Centre Suzuki in 2009, at the MXoN. What a story that would be!

Based on the current landscape, one would presume that Seely can almost not be ignored. The fact that the transition to Europe would be made seamless by the united HRC outfit makes him even more of an attractive option. Who else even is there in the 450MX division? Cooper Webb is undoubtedly an option, but has commented that even he is not overly keen to travel to the United Kingdom for a race in October. Webb did not rule it out though and, if he is willing, it seems most likely that he will get a third shot at racing for the USA.

Weston Peick, Justin Bogle, Christian Craig and Justin Barcia are next up in the 450MX standings. The latter has undoubtedly been considered, because of the fact that he has been great at the MXoN in the past, but the fact that he has just hit his head and will most likely be switching teams makes him a long shot. A majority of contracts expire at the conclusion of September, so those who are moving to a different awning would be in a rather sticky situation.

Selecting talent from the 450MX division may be difficult, because of the current circumstances, but bumping 250MX riders to the bigger bike is undoubtedly an option to ponder. When considering the situation that Team USA are in, 2009 tends to arise at the forefront of my mind. Similar problems beset the nation in the weeks prior to the event and, consequently, Ryan Dungey was bumped up to the 450F. Dungey completed three Monster Energy Supercross events on a 450F in 2008, but had not ridden the bike outdoors at a professional level or contested the MXoN before.

Jake Weimer rode a 250F for the United States, despite the fact that he finished fourth in the series standings that year and had won just two motos in his career, and Ivan Tedesco completed the team. Although they were hardly the favourites on paper, the Chamberlain Trophy was retained and they managed to defy the odds. Risks can pay off at an event as unique as the Motocross of Nations. Pundits are eager to see riders like Jeremy Martin and Aaron Plessinger, who is reportedly going in for surgery at the end of the season, considered for a 450F role, for that very reason. Heck, Cooper Webb was bumped up just one year ago! Don’t be surprised to see a similar scenario play out this season.

This speculation will end on Saturday, as the American Motocross of Nations team is typically announced at Unadilla. That historic circuit, which played host to the prestigious event in 1987, will act as the tenth Lucas Oil Pro Motocross round this weekend.