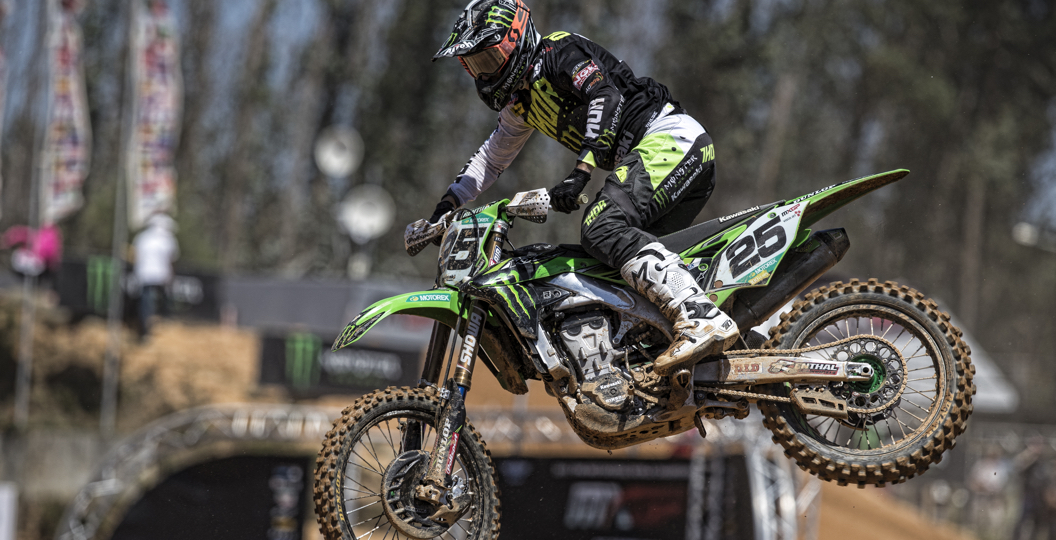 Clément Desalle, winner of two rounds of the 2017 FIM MXGP Motocross World Championship, will continue his successful association with the Monster Energy Kawasaki Racing Team for the 2018 and 2019 racing seasons.

Clément joined the Kawasaki family last year, and after some disappointment with an unfortunate injury sustained prior to the 2016 season, he and the team put all their energy into developing the then all-new Kawasaki KX450-SR. It was a successful story as Clément returned to the winner’s circle when he celebrated his first GP win with Kawasaki in Assen last year. Working more and more closely together, Clément and the team staff made further progress during the winter and have already claimed two more GP wins in France and Russia in addition to two further GP podiums this season.

Currently second in the World Championship after twelve rounds, Clement remains one of the main protagonists in the premier MXGP class. Clément, with twenty-two Grand Prix career victories and five world series medals in the MXGP (former MX1) class, and the Monster Energy Kawasaki Racing Team have reached an agreement to continue their association for two more years.

Clément Desalle: “I’m really happy to continue working with Kawasaki as I enjoy my job and the work we do together; it’s good that we reached an agreement to continue working like that. It’s good to sign so early in the season, as at some stage you start thinking about your future, but now I can focus entirely on each race and each GP to get the best results for all of us. I’m also happy as we have worked hard for one and a half years to develop the bike, which is now really good, and we can stay focused on our common goal which is winning races.”

Steve Guttridge (Racing Manager KME): “We are so happy to continue working with Clement. Together, KHI, KME, KRT, Monster Energy and Clement have put in a lot of work over these past two seasons. Clement fits in really well with the team and now his factory KX450F-SR is 100% dialled-in to his preferred specification. You can see with the results he is getting that it was an obvious choice to continue working together; he always fights to get the best performance from himself, and he never gives up. This year we have seen him winning and we’re so happy for that! It’s great that the team through Clements results are being rewarded for their hard work and that overall we can continue working together for these same goals in the future.”