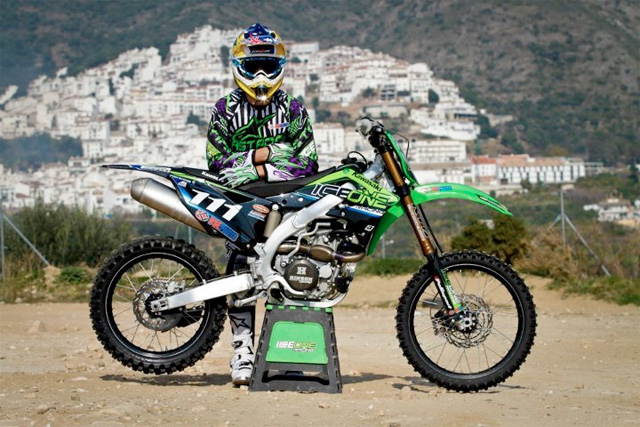 Dean Ferris to undergo surgery on his shoulder

ICE1RACING’s, Dean Ferris, will miss the remainder of his rookie season in the FIM Motocross World Championship when he undergoes surgery today in Belgium, to repair a dislocated right shoulder sustained at the French GP at the beginning of the month.

“It’s a tough call to make”, explained Ferris while watching the Portuguese and Belgian GP’s from the sideline. “We met with the team in Portugal and it was unanimous that the best route would be to get it fixed now and then focus on coming into 2013 season strong and prepared. It’s a tough pill to swallow but I’m still young and have many good years ahead. Motocross is such a demanding sport and especially as the MX1 class is so stacked with talented riders, you have to be 100% to even think about racing with those guys”, commented Ferris.

“Although a rookie, Dean is a professional and his decision is a very professional one. The sooner the injury is fixed the sooner he is back. We wish him fast recovery back to the motocross world”, commented ICE1RACING team manager Kari Tiainen the decision of Ferris.

Ferris will need 3-4 months of rehab before he throws his leg over a motorcycle and will be looking to stay in Belgium initially while he rebuilds the shoulder and looks towards the 2013 season.