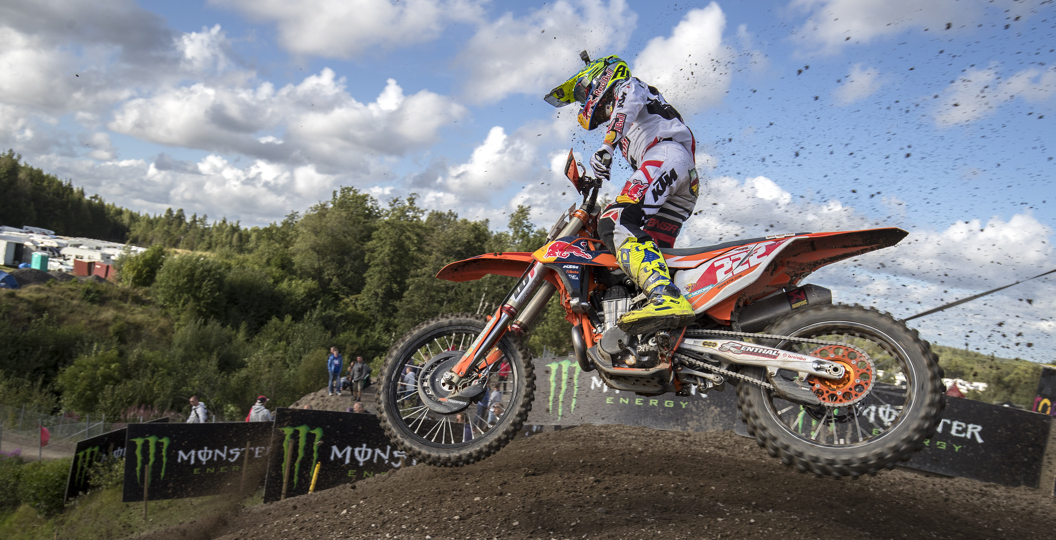 Julien Lieber was rather lucky in Sweden. Reports suggest that he escaped this crash unscathed, despite the fact that he was clearly in agony. Uddevalla was rough for Lieber, who will fill the MX2 berth for Team Belgium at the Motocross of Nations, as he crashed multiple times in moto one too. Those can be viewed in the second video down on this page.

Although Antonio Cairoli‘s results left a little to be desired at the Grand Prix of Sweden, he still gave it his all in an attempt to acquire every single point. This move on Jeremy Van Horebeek, for instance, occurred on the final lap and would have given him sixth.

Mistakes like this have hurt Romain Febvre all season long. A clean sweep was on the cards, had he not fallen in moto one, but at least he put everything together to win the second moto and claim second overall on the day.