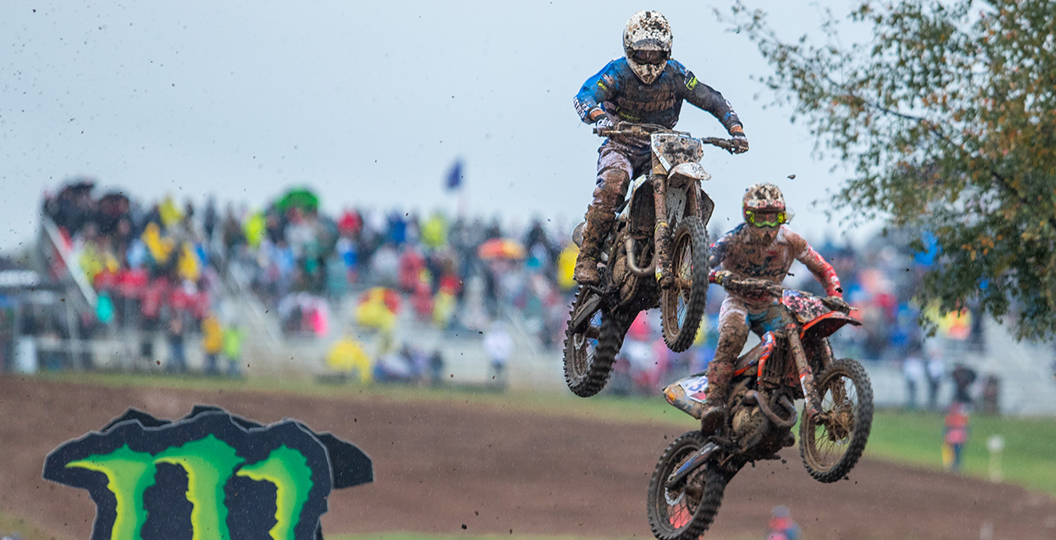 Following on from the announcement that Shaun Simpson would be returning to the Maxxis British Championship, it has now been confirmed that Harri Kullas will contest the domestic series with Cab Screens Honda next year. Cab Screens, a relatively-new team, have signed him to a two-year deal. Lee Webber exclusively chats about the huge deal in the MX Vice interview below.

MX Vice: Signing Harri Kullas is obviously a huge step for the team and now makes you contenders for a title in the Maxxis British Championship. Why now? What makes this the right time to make such a big step?

Lee Webber: We feel we have been around long enough now to run a contender. We have done our apprenticeship, if you like, so we have the knowledge and the infrastructure within the team. We have the personnel now. We have been lucky with existing and new sponsors, who all share the same vision. They have stepped up each year to improve deals to help us move forward. There are obviously some teams in the paddock who have stepped straight into being title contenders, because they had the funding, but we have had to build slowly to this point.

Seeing as you are now housing a former Grand Prix podium finisher, will there be any changes to the infrastructure of the team or support that is given from Honda?

Unfortunately (for us), Honda predominantly back Buildbase and rightly so. They do a great job, so our deal is the same as 2018. They are keen to work with us and are really happy with how we go about things. We also work closely with Buildbase Honda, which is the right thing to do. Dave and Ryan Thorpe have been a huge help to us and we do feel like a part of the Honda family. In terms of infrastructure not much will change. We now have a full-time mechanic for Harri, but everything else was already in place to get to this point.

Is the goal with Harri to win a Maxxis British Championship? Would you be happy with a top three or something else?

We have a second-year option with Harri, just to take the pressure off this year. For sure we want to win the Maxxis and Harri certainly has all the attributes to do that, but the goal for 2019 is podiums and we can see where that takes us. I did not want Harri to have that pressure in the first year, with a new team and new bike, so it is good to lift that kind of pressure off his shoulders.

Was it always the plan to sign an international talent like Harri? Have you been following a step-by-step plan that was laid out a couple of years ago?

I would have said a few years ago no, but the team has evolved these last couple of years into what it is now. We certainly have not followed a step-by-step plan as we are largely governed by what sponsorship we can get. We felt the time was right to sign someone like Harri and he is perfect for the team. I had spoke to Mark Chamberlain about him and he gave him a glowing reference; he has also ridden the Maxxis before. It has all fallen into place nicely.

Is the plan to eventually continue to grow and field two title contenders/race winners? Are you even looking beyond that and hoping to get into MXGP one day in the future?

We are more than happy where we are at the moment. Growing again would need more financial input so we will keep things as they are for now. I think MXGP will always be beyond us, as that would be a huge financial commitment. I am hopeful that one day Youthstream will introduce an EMX450 class – that would be perfect for where we are as a team.

What about the results that the team achieved in 2018? Are you happy with everything? It was obviously a little up and down at points.

It would be fair to say we have not had the best of years. Obviously, James [Harrison] leaving in the middle of the season did not help and our youth rider Josh Peters got injured mid-year so he did not have the year we hoped. Dan [Thornhill], on the other hand, had a pretty decent year in the Maxxis British Championship. He never should have rode at Canada Heights, as he was so ill, but did so and he missed the last round through injury. If he could have taken solid points at those two rounds he would have finished seventh or eighth, which would have been a fantastic finish considering the depth of talent in this year’s MX1 class. We were happy for him to have finished tenth in the end though.

Dan Thornhill has obviously re-signed for 2019. What do you hope he can eventually achieve with the team? Do you feel that learning from Harri will help him?

I honestly believe he has nowhere near reached his potential yet. People think he is older, but he is only twenty-three and still has plenty of time to develop. He is a great lad to work with and he has established himself as a solid top-ten rider in a tough championship; he only saw positives from having Harri on the team and he is keen to learn from him as well. I will make sure that happens and that Harri can help Dan develop into the rider I know he can be.

There have been a handful of theories about the Maxxis British Championship recently, as always, but how do you feel about the way things were run and the crowds this year?

We have a very good relationship with Stuart Drummond and Rob Francis, two good guys who work their butts off to make the weekends happen. There is obviously room for improvement within the championship though. Crowds have been sparse at a couple of rounds, which is strange considering the level of riders we have now. I think we need to have team-manager meetings with the ACU to bounce ideas about. I personally cannot stand the whole rider selection process that still seems to happen for the Maxxis British Championship. It is okay for us now, as our two boys will be there, but for riders in the lower ranks they will not know until mid-January if they have got in or not.

How is a rider supposed to go and chase sponsorships if he does not know what championship he is riding in? There is certainly room for improvement. Perhaps the top twenty should automatically get in for next year and then there can be a qualifying programme, so that you get the fastest riders on the line every time and not just a rider who was loyal to the championship and is getting lapped after three laps? I would love to also see the British Youth Nationals become a part of the Maxxis. It is clear that the BYN is not getting the riders and perhaps running at the same venue on the same weekend would give it some kudos, along with team managers actually being able to watch some new talent.