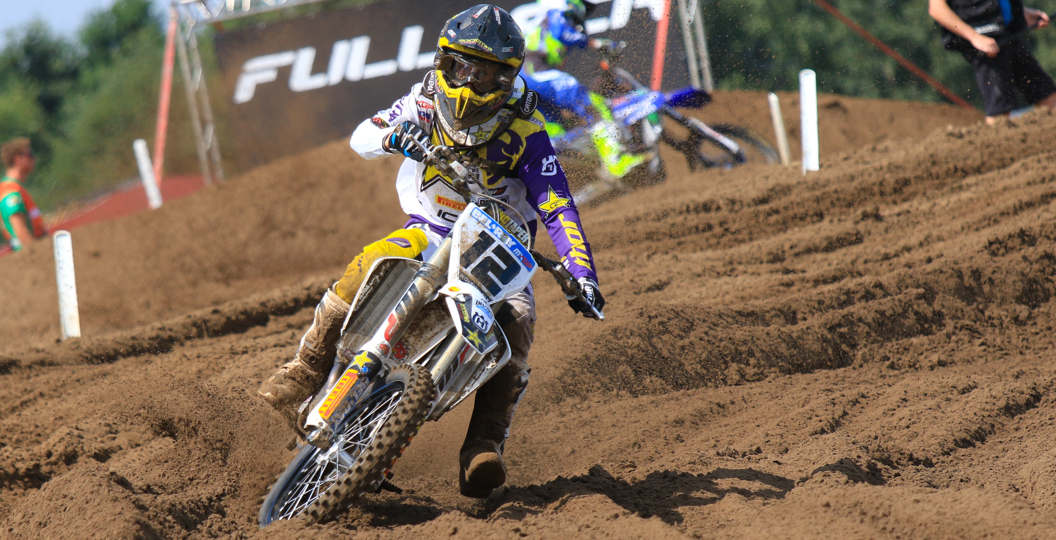 If you have listened to the MX Vice podcasts, you’d have heard what the winners thought of the Fiat Professional MXGP of Belgium. What did the rest of the podium finishers have to say, I hear you ask? The comments that Max Nagl, Jeremy Seewer and Petar Petrov made in the post-race press conference can be found below.

Max Nagl: “The first moto was great! I had a good start and a good pace, so I could really push for the whole moto. I was not actually too tired in the first race, so everything went really well. The bike changes we made yesterday, because we were struggling, were much better today also.

“In the second race the track was really tough and I had a great start, got the holeshot. In the first laps I wasn’t taking enough risks, as I was trying to not crash, and the speed was not there so I got passed by some riders. After three or four laps I got into my rhythm again and could pass a few more, then I made that little mistake and just lost the front wheel. That is part of our job and it was so easy to crash on this track today. I am still in one piece, but I am disappointed that we lost the win by one point.

“I passed Jeremy two corners before [that crash], so I was pushing hard to get a gap and then you can breathe again. I was just pushing a bit too much in the corner, went in too fast, and had to hit the rear brake. If the rear locks then the front dives, so it was just a mistake by myself.”

Jeremy Seewer: “In the first moto I tried to not start so fast, because I knew it was going to be a long day. I dropped back a little bit and couldn’t make a pass again on the guys, so I just tried to follow. I felt really, really fit and didn’t lose a lot of energy riding there in fifth or sixth position. The rain started to come and I had to throw my goggles, so I couldn’t make a move. Luckily I could still finish fourth.”

“I knew Max was behind me [in the second race], the mechanic told me on the pit board. I just tried as hard as I could for as long as I could. Once he closed the gap, I knew that he would probably make the pass. It was just a few laps to go and I didn’t want to take risks anymore, because it was so sketchy. Everyone was getting a bit tired, of course, so I took some speed out and tried to finish second. There was quite a big gap to the guy in third, so that is what I did.

“It is amazing to be on the podium again, especially here in the sand. It is such a great weekend for the whole team with two wins and a second place for me. I am now looking forward to my home GP.”

Petar Petrov: “I felt good all weekend long and tried to not make the same mistake as I did last year, which was push too much on Saturday. I still had a decent Saturday though. In the first moto I had a decent start and got to lead for a whole lap. It was good for me to be leading, but I tightened up a bit and dropped off the pace. I regrouped and caught onto Max [Anstie], which was good.

“I didn’t have a good start in the second moto and had a bad rhythm. Once you get a bad rhythm on this track, it is over. I was pretty tired. It is good to be on the podium, but it feels bad that it happened so late in the season. I feel like we could have done it in the first round in Qatar, but I’m looking forward to the rest of the season.

“Yeah, sure, it would be cool to repeat [this performance] on hard-pack and prove that I can actually do it there. Next week is a new venue for everybody, so we will see what happens.”