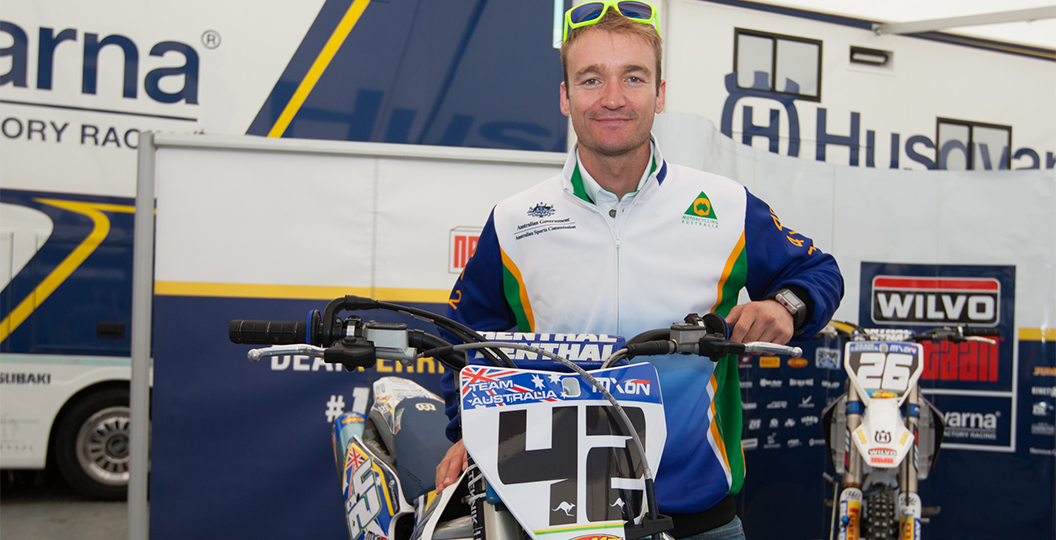 Catching Up with: Dean Ferris

It has been no secret that Dean Ferris has been struggling to acquire a deal in MXGP for 2016, as most elite teams are already full. For that reason there have been a lot of question marks surrounding him, although his plans for the future have now been made clear.

Josh Coppins and Craig Dack announced today that they have come to an agreement with Dean, which will see him return to his native Australia in 2016. Craig, the owner of the CDR Yamaha team, will have Ferris beneath his awning for most of the year. He explains, “Dean Ferris has signed for Yamaha Australia for next year, in collaboration with Josh Coppins in New Zealand as well. Basically the way it will work is; Dean’s main contract will be with CDR in Australia.

“CDR will prepare the bikes and deal with all of the equipment, then he will race the Australian motocross and supercross championships. At the beginning of the year, however, we will have Dean ride for Josh in the New Zealand championship.” Josh is equally as happy to have a rider of this calibre join his outfit; “I can’t say how happy I am to have a rider of Dean’s ability riding for me. It’s kind of surreal.”

Talking about his new deal, Ferris stated; “I am happy. I know Craig runs the best operation in Australia, and there was no doubt that if I went home it would be for CDR Yamaha. Going to New Zealand for Josh is a bonus, doing some extra racing and working with Josh will be really cool.”

It was really quite obvious that Dean’s heart is still in MXGP, however, and that he still has some goals that he would like to accomplish on the world’s biggest stage. “My original plan was to never go home, I wanted to finish my career doing GPs. I believe I’m at a good level and at the peak of my career, I’m twenty-five now and know I have a good five years left in me. I was approached by a few people to stay here but it wasn’t what I was looking for.”

Perhaps a return home, where he’ll undoubtedly be the favourite to claim every championship he goes after, will see his confidence skyrocket and help him return to Europe rejuvenated. That is something that is clearly at the back of his mind; “I’m not sure if I’ll come back to Europe or not. I’ve had a really good time here and if I finish my career in Australia I’ll be happy. But if I find another gear and want to come back, I’m still open for that. For now I want to go home and these are the boys who will take care of me.”