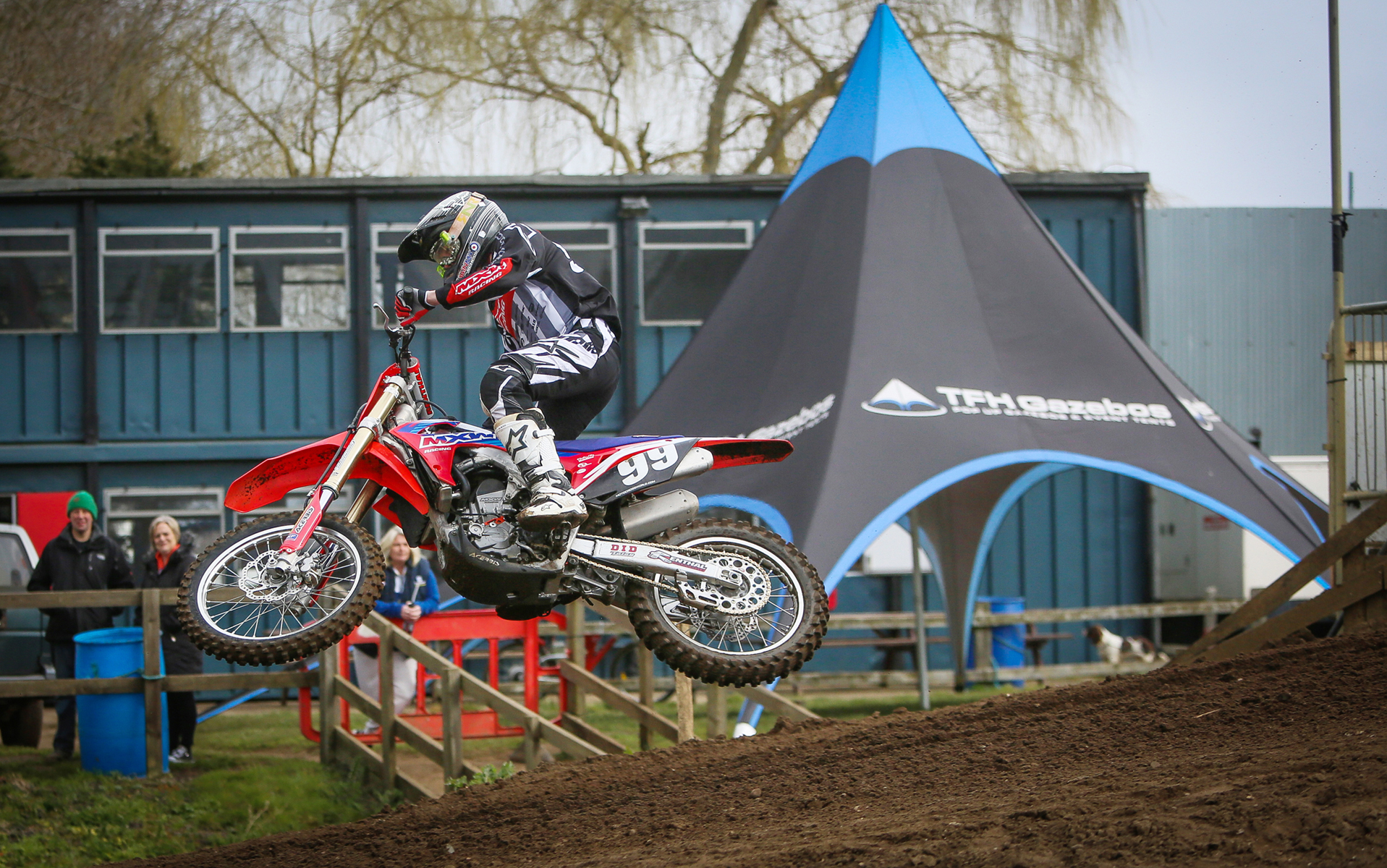 The Pirelli British Masters BW85cc champ has reached the age to step up to the big bikes. For some they find the switch very challenging, but Howard Wainwright has seemed to gel perfectly with his MX World CRF250. Winning all five races at the Masters opening round and repeating the same just one week later at the Judd Racing Premier cup, was a great way to start the season. His speed has surprised a number of people so far in 2016, and Im sure that ‘Dynamite Wainwright’ (as he is so often called by commentators) will continue to show everyone that his transitional year is now a championship year in 2016. We thought that now would be a good time to talk to him and discuss the start of the season.

Howard Wainwright: I’ve found the jump up from the 150 to the 250 surprisingly easy. I think riding a four stroke in the 85 class definitely gave me a huge advantage when moving to the 250, as I had already adapted to the weight and feel of a four stroke.

How has the start of the season gone for you?

The start of my season has been the best I’ve ever had so far. Hawkstone international was a good experience for me, to see how those types of European meetings were run. Coming into the Pirelli British Masters I expected to do well, but I didn’t think I would go out and win. This gave me a huge confidence boost going into the Judd Racing Premier Cup at Mildenhall the following week. So with my found confidence on what I can do on the 250, I gave it 100% and once again surprised myself by taking 1st overall.

What’s the aim for the rest of the year?

My aim for the rest of the year is to carry on how I have performed in the Judd Racing Premier Cup and the Pirelli Masters but replicate that form into the British Youth Nationals. I’m hoping to get some good results and maybe even a top 5.

And finally are you entering any one off rounds such as Maxxis MXY2 or EMX 250?

I’ve discussed this topic with my dad several times and we decided we might have a go at competing in the EMX 250 at Matterly Basin this year and we might try wildcard some of the British Maxxis rounds also.

The ’99’ has a promising future, and MX Vice believe if he continues to chip away and steadily improve he could find himself challenging for some major titles in the coming years and eventually make the step up to pro.

Howard also wanted to mentioned that he wouldn’t be where he is today without the continued support from, Bikers World, Richard Main from Main MX school and also his Dad & partner.