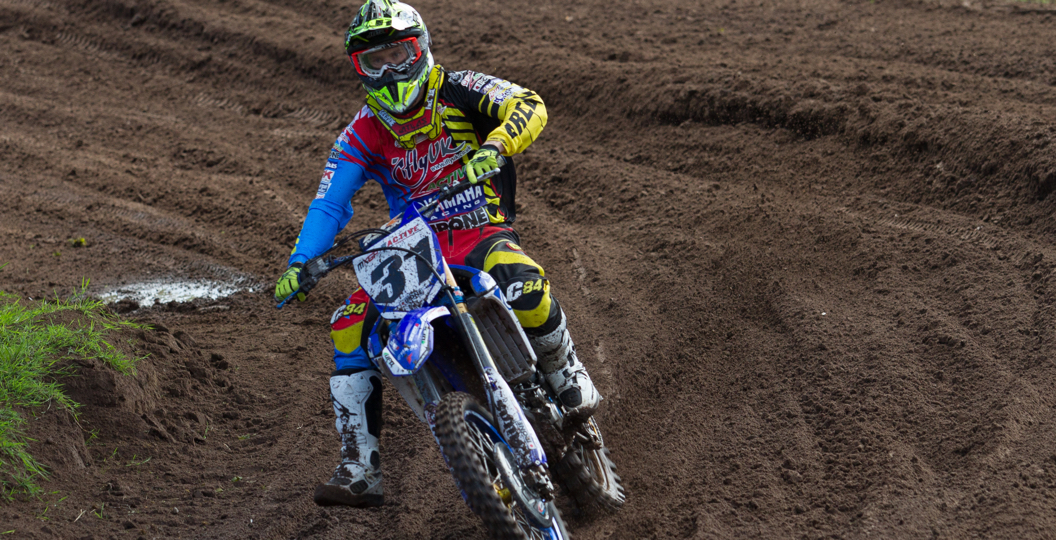 Alex Snow made a big change to his career in the off-season, as he stepped into a full-time MXGP role with the JK Racing Yamaha team. What has transpired since then has not exactly been ideal, as a shoulder injury knocked him out of action and he is now fighting to reach one hundred percent again.

MX Vice: It was not a great day, but then it was not bad either. I guess you are building back into this after your injury?

Alex Snow: Yeah. I’ll be completely honest; I am struggling a lot at the moment. I feel really uncomfortable at racing. During the week we are doing everything we can and, physically, I feel good. The injury is not a problem at all and the bike is good, so it is down to me now. I had a bit of a poor qualifying, then bad starts and starts are obviously everything around this track. The track was quite gnarly today, but I enjoyed it. I just need something to click back in to get my mojo back a little bit really. Once that comes back, we can push onto the next step and get closer to the front.

MX Vice: Obviously it was your shoulder that you injured in March, so did that just knock your confidence a bit?

Alex Snow: Not really, I don’t think so. It was a hard hit and I was sore for quite a long time, but it has not really bothered me. It has healed up fine and there are no symptoms at the minute, so I am not thinking about it. I think there is an element of pressure; we have to get back to where we need to be. Maybe it is a combination of everything that is holding me back at the minute? It is down to me, as a rider, to sort that out.

MX Vice: It was a big decision to bow out from the GPs for a little bit. Was that a decision you made or was it a joint decision with the team?

Alex Snow: It was a joint decision really. Obviously we all want to be there, more than anyone. There is an element of pressure with the team with bonuses – that is how the teams work. If we’re not getting the results, it is not helping anybody. I don’t want to go there and just makes up the numbers, I want to be competitive. I know that if I ride like I can that it is not a problem, but I just need to build some confidence up again and get back into that frame of mind.

MX Vice: Now that the team have replacement riders, does that take a bit of pressure off of you?

MX Vice: Judging by what you have said here, I would guess that Spain and France are off the table. The British GP is, presumably, one you are shooting for?

Alex Snow: That would probably be the next goal and then it is Mantova, so that would be quite nice with the team being Italian. That gives me a few weeks to build up and there are a few races in the UK that we can do with Ireland and a couple of MX Nationals rounds. Hopefully we’ll use them and then be in a good position to come back at Matterley, all being well.