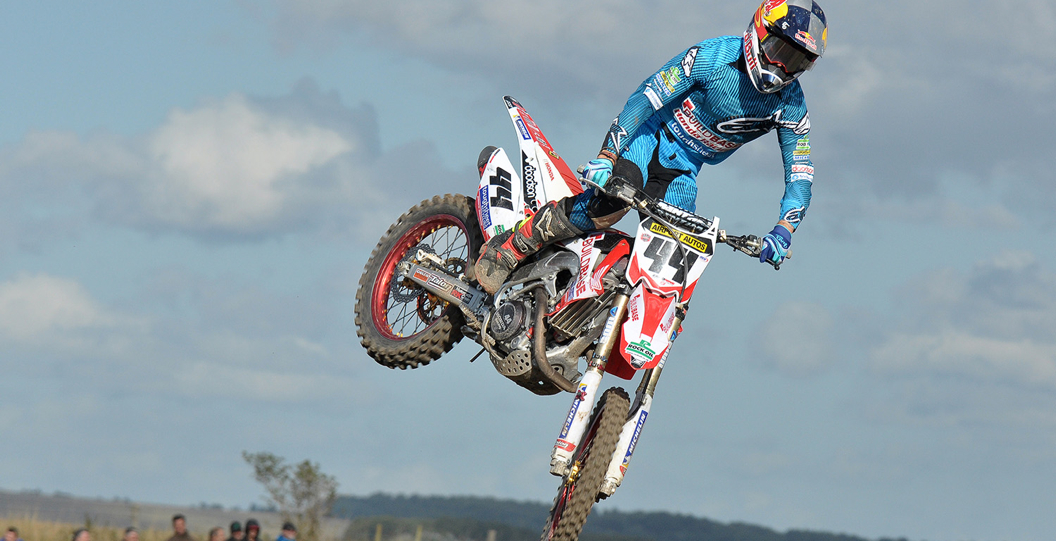 Banks Browne back to form

After an extended period of disruption due to various injuries, Buildbase Honda rider Elliott Banks Browne finally looked like the man that has clinched two national titles over the previous two seasons as he netted fifth place overall at round seven of the Maxxis ACU British Motocross Championship held at Cusses Gorse.

A productive week of training and riding in the days leading up to the penultimate round of the series in Wiltshire saw EBB44 arrive in the best shape he has been in for several months, and ready to do battle with the country’s best riders. The modified practice track was well prepped for the occasion, despite heavy rain overnight and on the morning of the event which saw a hectic qualifying session where Elliott placed sixth.

Very much back in the groove the Buildbase Honda rider went one better in Superpole to give him fifth pick going to the gate for the first of the day’s three races. Despite his good position EBB44 did not make the best of starts in the opening encounter, and tried to make amends almost immediately rather than adopting a more patient approach. With his front wheel washing out Elliott found himself on the deck and at the back of the pack.

Despite having his goggles smashed off his face by a large rock and having to eat dirt for most of the race Banks Browne rode like a man possessed and came from dead last through to a very respectable twelfth spot on a circuit that was considered very difficult to pass on by many of the riders.

The second race of the day was a much calmer outing for EBB44 and although he did not once again make the best of starts he raced to a confidence boosting fourth place come the flag. The third and final sprint of the meeting saw Elliott make his best start of the day, but this was slightly spoilt as he tasted the dirt again before then remounting and racing his way into a repeat fourth place.

Banks Browne’s haul of forty-five points on the day placed him fifth overall, and just nine points away from a podium finish.