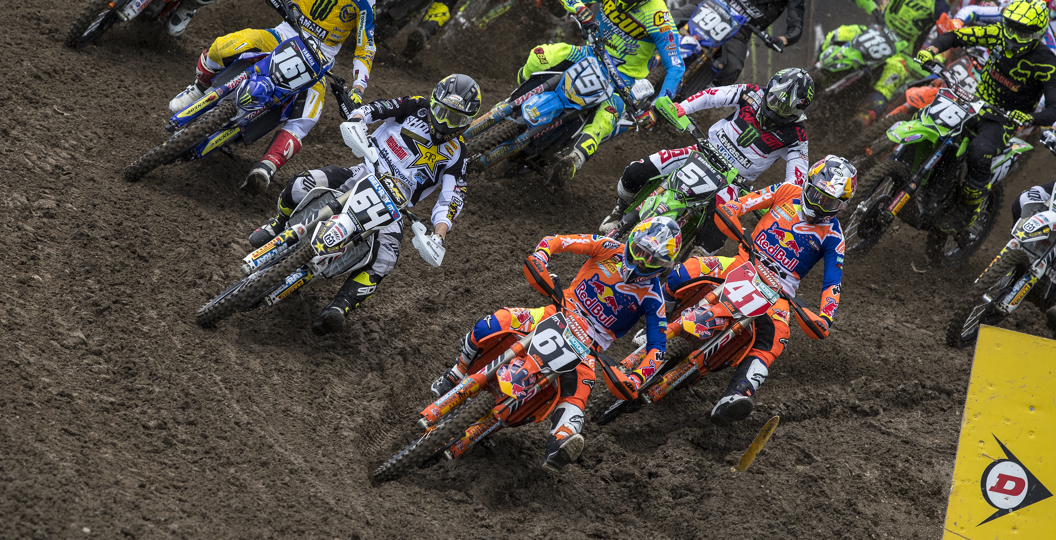 After attending twenty-three events on different continents thus far this year, we have acquired answers to a lot of questions that you may have. That is why we thought that we would open things up in this new feature! If you have something on your mind and want to be featured, email [email protected] or get in contact via our various social media channels.

“What sort of track changes are we going to see at Matterley for the MXoN?” asked @Watson1992 on Twitter.

There will undoubtedly be significant changes and, of course, some images have already leaked. Why does the track need to change? Although Matterley Basin is one of the most popular circuits on the calendar, promoters will always strive for perfection. It is still going to be the circuit that is adored by many, however, as half of the circuit is exactly as it has been in recent years.

There is a new tabletop that runs across the top of the valley and slices right through where the fans once stood, so that should be a popular vantage point. It also causes the layout of the first half of the track to drastically change. The start straight will be similar to how it was in 2012, much to the delight of most, which allows fans to soak up the atmosphere a little more. The start is actually going to be raised too. Do you remember what the start was like in Charlotte last year or at the Monster Energy Cup in 2015? That is what is in store for us at the Monster Energy Motocross of Nations.

The fans have been restricted over the last couple of years, as they have not been able to get right alongside that uphill quad. That has, somewhat understandably, been a complaint, but throw that out of the window. The spectator areas will be opened up to allow fans to embrace the action this year, which will undoubtedly prompt some of you to purchase tickets. Rather than continue to describe the layout, below is an exclusive look at the track map. – @_LewisPhillips

“Will the MXoN feature metal grid starting gates, like in MXGP? Teams like the USA or Australia will struggle with their set-up,” asked @MXJustin on Twitter.

It will, yes, as far as I am aware. A similar system has been used at the Monster Energy Cup in the past, so someone like Cole Seely will be somewhat familiar with it. Now, of course, he will not have the same amount of time on it as those in MXGP, but at least he is not completely entering the unknown. Team USA would be able to lean on HRC for information on what to do in that scenario also. Of all the frontrunners, Australia may struggle the most. Those three will have no experience at all and no factory efforts to liaise with. – @_LewisPhillips

“Will any of the riders at the Motocross of Nations this year have also raced the event when it was last at Matterley Basin in 2006?” asked Scott Gower on Facebook.

Antonio Cairoli immediately springs to mind, as he won the second moto (MX2 and Open) on a 250F that weekend in 2006. Who else was in action? Cody Cooper, who finished third with Team New Zealand, Tommy Searle, Tanel Leok, Max Nagl, Rui Goncalves, Colton Facciotti, Evgeny Bobryshev and Martin Barr. Who would have thought that there would have been that many guys? It is also worth noting that Kevin Strijbos, who could have quite easily been picked for Team Belgium this season, was also racing on that historic day. – @_LewisPhillips

“Why can’t the United Kingdom enter a second team (Gibraltar) like the USA do with Puerto Rico?” asked Andy Duffield on Facebook.

This is almost the wrong way around. The AMA have not entered a second team and do not have any input into who is on Team Puerto Rico or how that system runs. Puerto Rico have the ability to pick American riders, however, as the same passport is used in both nations. Could Gibraltar do something similar? Sure, but it would be down to them to put the pieces of the puzzle together and assemble a programme. Funding would, of course, also be an issue, hence why it is no surprise that Darian Sanayei and Marshal Weltin have been selected to represent Puerto Rico. Justin Startling will be travelling from the USA, but has put a personal GoFundMe together to get himself to the event. – [email protected]