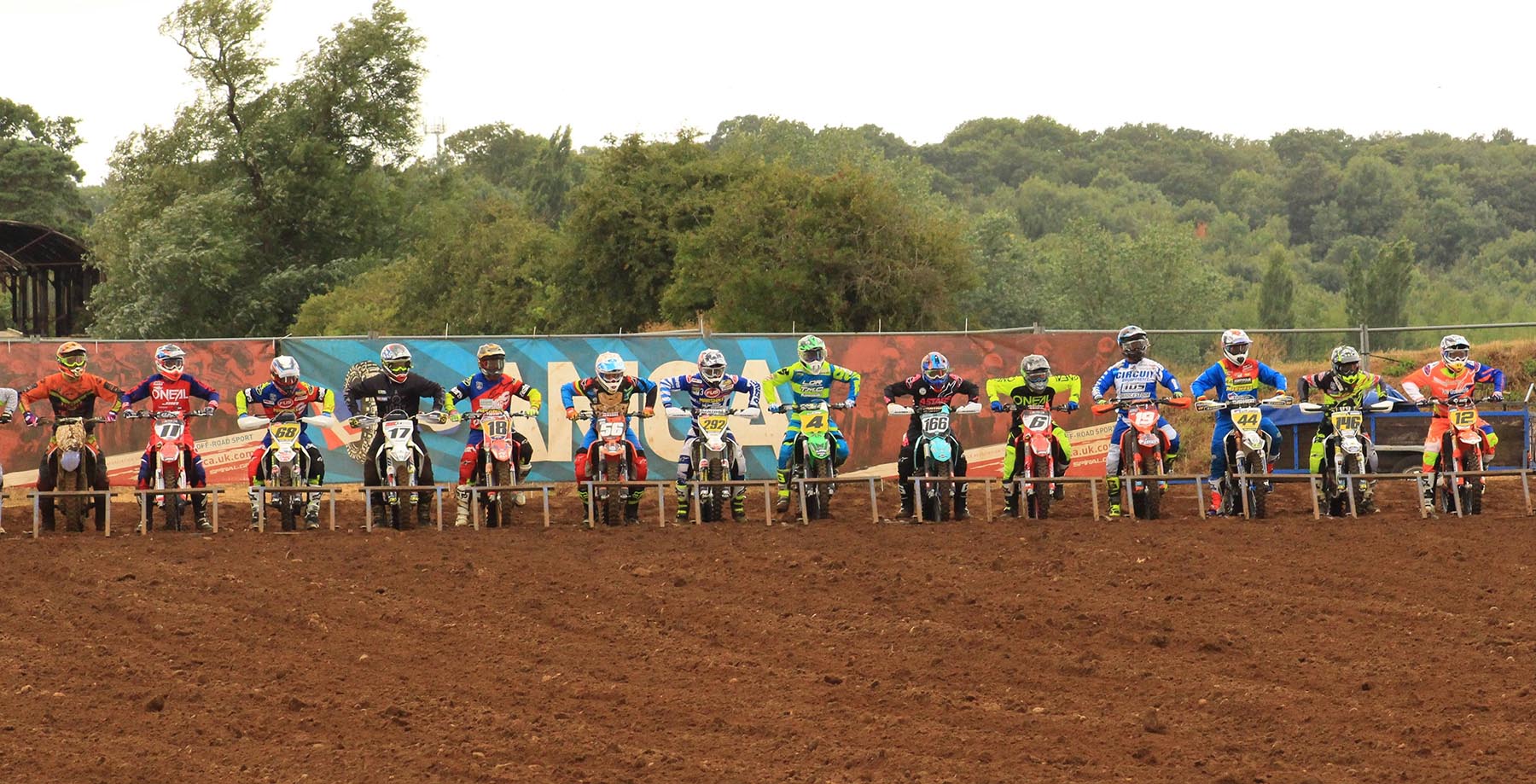 Round six of the AMCA Championship, held at Culham this past weekend, proved to be an exciting day for all involved. Riders battled the wind, rain and downright typical British summer conditions leaving a lot of jet washing to be done at the end of the day! The gnarly Culham track puts riders to the test with huge breaking bumps developing throughout the day heading down the hills and some slick berms for riders to get stuck in with.

MX Vice were having chats in and around the paddock this weekend with a mix of different riders. AMCA newbie Rhys Walker, Gary Gibson and MX2 rider Clinton Barr all offered up some thoughts…

MX Vice: How have you found your first day at Culham?

Rhys Walker: “Sound! It was good to finally ride Culham, as I have never rode here before. I really enjoyed the track, especially the sandier bits,” said Walker. “I started off by qualifying nineteenth, so was happy with that, but was happier when I finished sixteenth in the two races, which gave me a sixteenth overall on the day! Starting to pick the intensity up and feeling better on the bike each week, so it’s all positive for me after round five.”

MX Vice: How has your day been at round six?

Gary Gibson: “Today went pretty good, bit of an extreme change to what we have been riding lately, but it is the best conditions I have rode at Culham. I qualified fifth, which was fine, and I got a pretty fair gate pick. In race one got away in second but Ray, Josh and Janson had a good pace and moved forward. I then made a mistake late on which let Carless get me for fifth. In race two I got the holeshot and had a battle with Janson on the first few turns, but then Ray came through to take first. I made a push and dropped the gap a few times, but safely settled for second and third overall. That gave me my first AMCA podium this year.”

Clinton Barr: “Qualifying did not really go too well… I had a few set-up problems and then a not very good lap put me twelfth, so I was not too happy. Race one I think I gated about eighth or ninth and just got my head down and after a few good battles found myself in second. I felt like I had some really good lines that nobody else was on and that really made the difference not following and getting roosted!

“Race two I had a better start and I was about fifth this time. I knew that if I made some quick passes I could be on for the win! Think it took me about three laps to get to the front, again it felt like I was on some better lines than the other guys and managed to push through. It has been a while since I led a championship race, so I just tried to not think about it too much as did not want to tighten up, but had so much support from everyone trackside that just pushed me on. It was such a good feeling to get a win again.“

That result left Clinton with the overall from the Husqvarna rider of Luke Burton with Henry Williams in third overall. Due to a racing incident in the morning unfortunately the day was cut short to two blocks of racing. MX Vice will be back in the paddock at round seven at Brookthorpe in a couple of weeks.