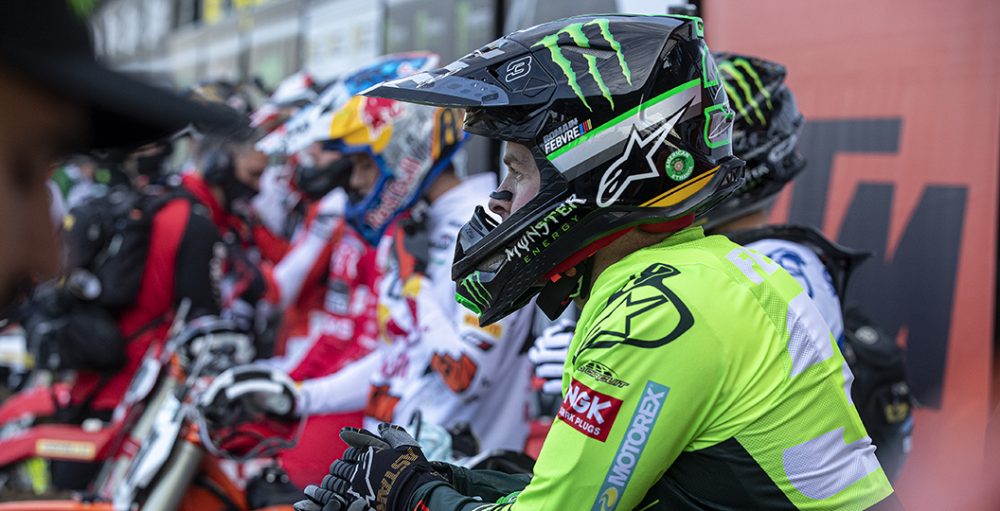 Against All Odds is a five-part docu-series bringing MXGP, and its host of characters, straight to your home screens. In episode one we meet a millionaire team owner, Louis Vosters, who is on a quest to form the ultimate MXGP effort, led by silver medallist Jeremy Seewer. Seewer is one of the most flamboyant talents in motocross, both on and off the track, as proven by the U.S. Army Jeep that he restored with his own two hands.

Meet the riders desperate to upset the hierarchy in MXGP. Glenn Coldenhoff, finding his feet in his first term with the Monster Energy Yamaha Factory MXGP team, is desperately trying to uncover the final piece of the puzzle that will make him a title threat. Elsewhere, Marc de Reuver pushes sophomore Roan van de Moosdijk to learn from the errors that he made in his own career. No one knows the highs and lows of motocross like de Reuver.

Maxime Renaux is a consistent threat for victories now, but it was not too long ago that he faced an injury that threatened to end his career before it had even started. Now attempting to make up for the time lost in his young career, follow him as he hits a big milestone at the Grand Prix of Latvia in Kegums. The Latvian event ended up being a defining moment in the 2021 FIM Motocross World Championship.

Romain Febvre hit rock bottom in the years following his first world title, but he returned to the very top in the 2021 FIM Motocross World Championship. The Grand Prix of France was a specific highlight. There were still small errors throughout the campaign though, as Febvre reflects on in episode four of Against All Odds. Elsewhere, rookie Ben Watson makes his presence known with an individual win at the prestigious Motocross of Nations.

Champions are crowned and dreams are fulfilled, whilst others experience the crushing blow that comes with defeat. Courtney Duncan continues to elevate the WMX category with her third world title in succession, despite being so far from home, whilst Maxime Renaux fulfils his potential in MX2. Elsewhere, Romain Febvre comes up just short in his bid for a second MXGP title. There is really no room for error at the highest level in motocross.