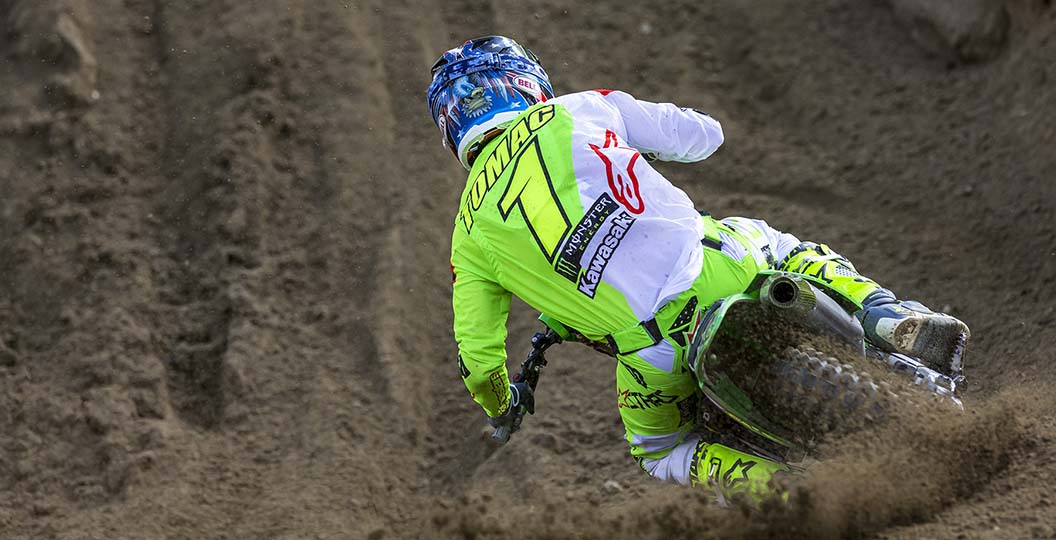 There was not a whole lot that happened at Unadilla this past weekend outside of just mud, mud and more mud. The fast guys still produced results and Monster Energy Star Racing Yamaha’s Aaron Plessinger should wrap up his first 250MX championship this weekend after the first moto at Budds. Monster Energy Kawasaki’s Eli Tomac’s 15-point gap on Red Bull KTM’s Marvin Musquin remained the same after they split motos so, yeah, things stayed the same for the most part.

That does not mean there are not things to talk about when it comes to the series over here and the upcoming MXoN at RedBud. Congrats, you are in luck, I have decided to empty my brain of some thoughts about some stuff just for you…

– Big news this week is the return of Rockstar Husqvarna’s Jason Anderson to the nationals. Anderson got hurt practicing midweek after round two and has been out ever since. The current 450SX champ had expressed a desire to try and make it back to be selected for the Team USA at the MXoN, but couldn’t do it. It is a bit odd to see a rider of his caliber come back with just two races to go but that’s cool. Everyone would have understood but Anderson’s back and I imagine he’ll be fighting for podiums right away. With Cooper Webb back and now Anderson, the 450MX class just got tougher.

– Speaking of Team USA, it was named at Unadilla and as expected it is Plessinger, Tomac and Monster Energy Yamaha’s Justin Barcia. That’s a strong team and, for the first time in a while, USA are sending their best. Sure, maybe Anderson could replace Barcia if he didn’t get hurt, but the #51 has been riding very well this year. In past MXoN, I have felt that Barcia has raised his game and rode with a lot of heart so I am good with the selection. I have been very vocal on different shows that I think USA wins this race, barring injury of course.

Look at the USGP results the last five years, races at Glen Helen and WW Ranch last year. Our best guys, on USA soil, have a big advantage. The MX2 classes have been dominated by American riders over the years. Outside of special talents like Antonio Cairoli and Jeffrey Herlings, generally the USA riders kill these events. Guys like RJ Hampshire and Jessy Nelson have won GPs when they have never been the best over here. The last two MXoN’s in America, Budds Creek and Lakewood, saw decisive American wins.

Just like it’s a disadvantage for Team USA to travel to Europe and deal with time change and strange tracks, it’s the same for the European-based riders. Add in that the USA guys know RedBud well, France’s INSANE decision to leave Musquin off the team and home-country support and, to me, that equals a USA win. I’d be shocked if the red, white and blue don’t get the Chamberlain Trophy back for the first time in six years. They better get it back this year, because I don’t like the odds in 2020 in Assen!

– Chad Reed blew up the internet again this week with some social stuff of him testing at the JGR track. Reed’s in a familiar position where he has to find a ride for 2019 Monster Energy Supercross and we know that he likes to ride the bikes and make a choice from there. The thing is, I’m not sure he has a choice this year! Reed’s coming off his worst season ever due to an injury and he never really got it going much in ’17.

I’m surprised if I’m honest that JGR would try him out. They seem set with Justin Hill and Weston Peick in the 450SX class, but team owner Coy Gibbs must see the value in having the most popular rider in the sport (or 1A with Ken Roczen) riding Suzuki’s for him. I know he was terrible last year but there were reasons for that. I can see the #22 getting a podium or two next year, I really can. He is in good shape right now, he wants to prove last year wasn’t really him and, hey, fans will dig your team if you sign him.

I pondered on Twitter last week that a MotoConcepts Honda deal made sense from my end of things and I know they’ve talked but, from sources I speak to, it doesn’t seem like a fit there. This JGR thing might not lead anywhere but hey, it gives us something to talk about. Chad Reed’s always been good at that.

– Team Puerto Rico was named and it’s Travis Pastrana, Ryan Sipes and Ronnie Mac. All on two-strokes and coached/managed by Rick Johnson. I don’t even know what to say other than I have my doubts those three guys will actually make it to the race. Pastrana can’t seem to stay together and Ronnie Mac isn’t a real person sooooo, yeah, something might give there. It’s still a cool deal, they will have the fans behind them and raise some money for Hurricane Relief down there in PR. It’s a win/win type of thing here even though some people in positions of power were a bit upset it took the light away from the naming of Team USA. I think feelings will be repaired and PR will enter some sort of team on two-strokes. Mike Brown and Gared Steinke… Keep your phones close by.