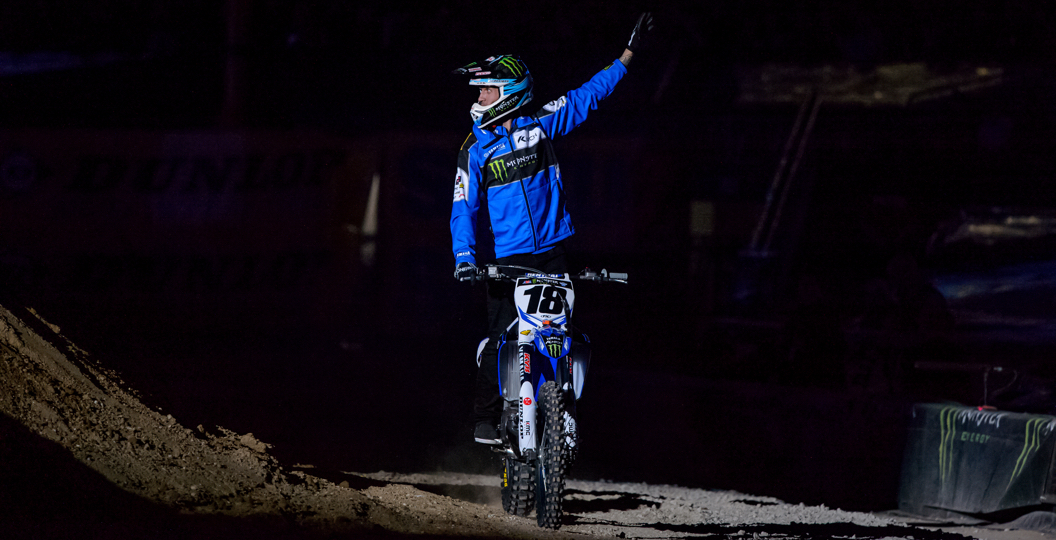 Just as we talked about here last week, Monster Energy Knich Yamaha’s Davi Millsaps was forced to announce his retirement from the sport having never raced for the team after suffering a bad pre-season crash. Millsaps had a great career, was eighth all time in 450SX starts, won 450SX main events, a 250SX title and had a ton of podiums. We had Davi on the PulpMX Show this past Monday to talk about his great career and why he had to retire.

MX Vice: A pre-season crash riding for the Monster Yamaha team that maybe you undersold to me a little bit and some other people but it sounds pretty serious, huh? Like you told me Saturday night, doctors are not going to clear you. Unfortunately, Davi, the choice was not yours really, huh?

Davi Millsaps: I don’t know when you had talked to me after my crash. If I undersold it, it was due to the fact of me not knowing. In all fairness I guess, A-Ray [Alex Ray] had brought me coffee in the hospital. I don’t remember him bringing me coffee. People were calling me the same day that I had crashed and texting me and I was telling them I am on my way to the track. I was going riding and whatnot.

I didn’t think I was in the hospital, but when I went back and met with the neurologist for my check-up, or whatever you want to call it, he basically sat down with me and he said that there is no way for me to continue to do what I’m doing and risk any kind of impact again to that aspect. Just how much bleeding I had around my brain. I had a significant bleed in the middle of my brain. My vision is still messed up. There is still a lot of symptoms I have that go along with the post-concussion syndrome or whatever you want to call it. It’s the first time that I have ever had anything like this. I hit my head really, really, really hard. Really hard.

Even a lot of people that I know that are obviously really good friends of mine have seen a lot of concussions in their days and they are like, we have never seen a concussion affect someone like it affected you. So, in all reality, for how much damage I did at the time, I should not be where I am at right now. That was a big reason why the doctors couldn’t release me. They just couldn’t put the liability on themselves. Go race again, then if I just fall over and hit my head and then I’m never the same.

Ideally it’s not the way anybody wants to go out, being told you cannot race dirt bikes anymore. On the other hand, maybe you got a bit lucky even. I’d rather go out by the doctors telling me that I can’t go back versus not knowing anything.

How did you crash? Did anybody tell you what happened? Obviously you do not remember it, I’m sure.

No, I don’t remember. From what I understand, there are obviously different stories all the way around, but it was basically just a jump on, jump across and then jump off. Table top over single. Somehow I smashed my head into the table-top single. I don’t remember. I know I was in my twenty-lap moto and that basically I had one turn left and I would have had seventeen. I had three laps to go. It sucked too, because I just had got done testing and my bike was the best that it had been. It was pretty fantastic and I was looking forward to continuing that streak. Can’t do anything about it now. It is what it is.

You had a lot of great accomplishments in your career. Like you said, unfortunately it had to end on this note. Yes, it did not end perfectly, but, man, ninety-nine out of one hundred riders would take your career in a heartbeat, so that is something to think about.

I appreciate that, especially coming from you. Getting nice comments from Ezra (Lusk), Jimmy Button, [Jeremy] McGrath and [Ricky] Carmichael. Even Carmichael texted me telling me that I need to be pumped for everything I have done. No, I wasn’t the greatest of all time. No, I didn’t win a 450F championship. The way I look at it is I was one of the biggest names in the sport all fourteen years of my professional career. To me that is an accomplishment in its own. Having fans that stuck behind me even from amateurs and even my family.

My wife and two kids and being able to have the kids at the races and stuff like that at the end of my career. I think the hardest part for me is just the fact of saying goodbye. People telling me all over Instagram all week and to my face and everything that I’ve been an inspiration, I’m their hero and they are sad to see me go. That to me is probably one of the hardest.

When I told Dane that I wasn’t going to race anymore and he literally just instantly started bawling. Instantly. That was tough. He was like, “I love watching you race, Dad,” is what he told me. That got tough. But I think for me it would have been tougher hitting my head again and not knowing him.

What are some of the highlights for you when you look back? Obviously, you got the 250SX East title and 450SX wins.

Everyone keeps asking me that. What are the highlights? It’s a tough question. I look back at all my wins and I’m just like, it’s not just my wins. It’s the battles that I had, even for second or third or coming up through the pack. Yes, I had great outdoor moments too in my life, believe it or not. At Thunder Valley when I passed James [Stewart] – that was a big thing for me. I beat him, and he was unbeatable back then. Things like that. Winning the East/West Shootout on a bike that I should not have been winning on. Obviously, winning a championship and celebrating it and having Carlos ride with me a whole lap on my bike, stuff like that. Then Anaheim 1 obviously and my first 450F win at Atlanta, being in my home state.

What are some regrets you have or what is something you would do differently? Looking back on things, what do you wish you would have done?

I wish I could have done a lot more, for sure, in the sport. That is a tough question. I wish there were times where I actually got it together, stuck it out and put more effort into everything in a certain era to where if I would have kept going in that route I think things would have been a lot different. But, then again, everything is what it is. I can’t, “I need to go back and change this.” No. It’s just, yeah, I wish I would have won something and wish I would have done more, but I’m twenty-nine years old and I had a twenty-seven year basically racing career in dirt bikes. I had a fourteen-year professional career.

I won races. I have got a lot of podiums. I got a lot of heat race wins. I had one hundred and fifty-one starts. My goal was two hundred, but obviously that got ripped from me as well. I had the second-longest supercross streak in history. There are only a few of us that have ever won on the one hundredth start in supercross that we all did, but I was the only one to win on my one hundredth consecutive, which is kind of cool. I’ve been the runner-up two times in a row on two different brands, I’m the only one to do that. Those are not really like championships, but it’s something cool for me.

It is one of those things where maybe I wish I would have hired Ezra a lot sooner or even back when I had that falling out with my mom and all that stuff. Ricky stepped in and was helping and I kind of went a different direction. That to me, maybe I should have stuck in his direction. There ae so many ifs and buts, but I had fun. I had fun in my fourteen years. I’m looking forward to the next chapter, whatever that may be. 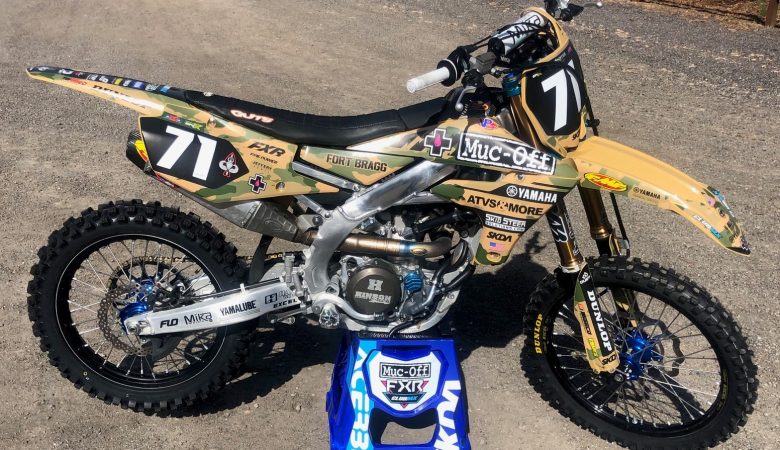 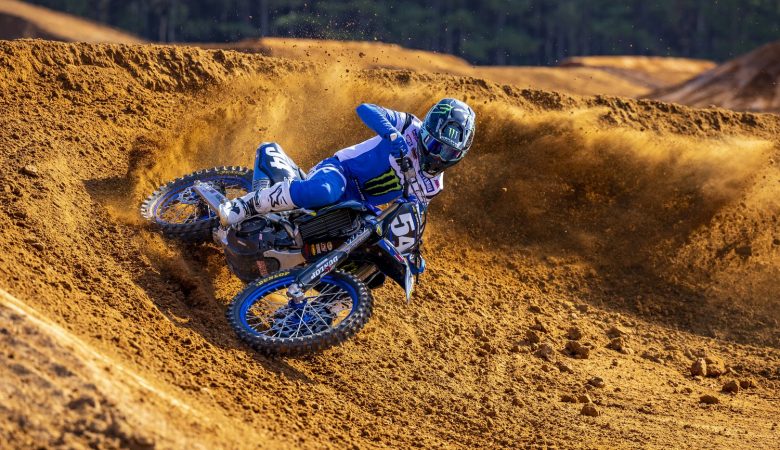 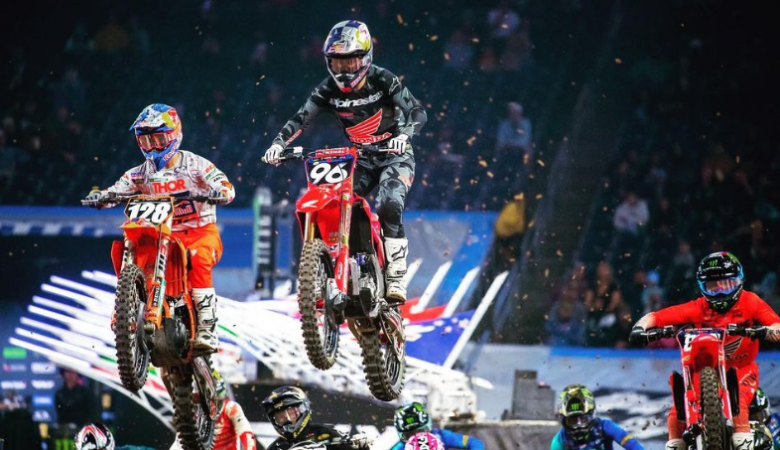 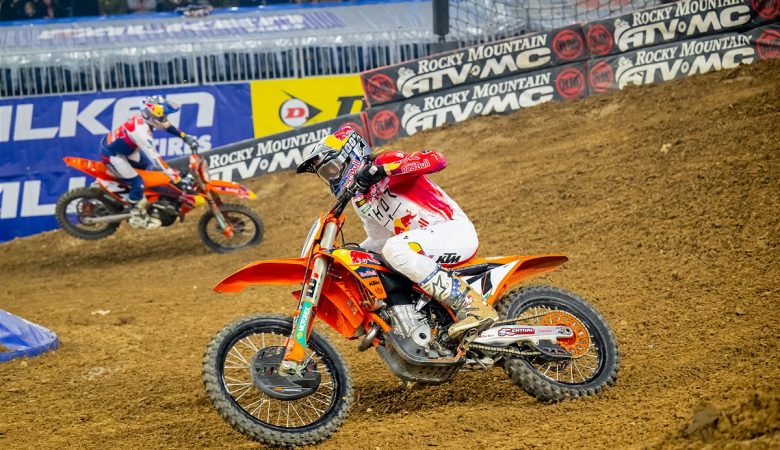