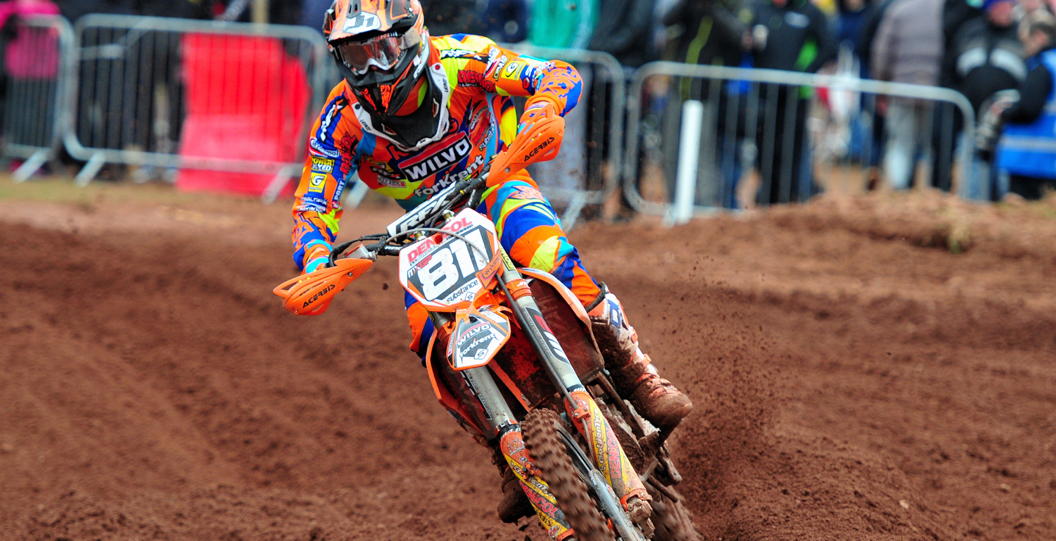 MX Vice: The weekend was far from uneventful for you and your team. For those that don’t know, run through some of the problems you encountered…

Steve Turner: Yes, definitely eventful. The weekend started badly and just got steadily worse. From the minute I arrived there was a distinctly bad atmosphere. The team’s passes had been posted to the office whilst we were away in Qatar and Thailand, so I knew the five mechanics, who had driven over from Holland on Friday, would be at the gate first thing and they wouldn’t have their passes until later when I arrived. As a matter of courtesy I emailed the new paddock co-ordinator, Robin Griffith, on Thursday explaining the situation. When the truck arrived they were asked if they wanted to park up and wait for me to arrive with their passes or to pay to get in and get it back when their passes were presented later.

When I showed them the passes I was told I would have to see Brian Higgins, however to my amazement he completely refused, offered instead to give me the entry fees back and the team could leave and capped it off by threatening to sanction my riders. As everyone witnessed at the end of the first race, he did just that by personally, as the Clerk of the Course, deciding that Adam had contravened the regulations, for which he received a ten place penalty for “no significant reduction in speed when flag was waved”.

Everyone who was at that end of the circuit knows that Ben and Adam went through that section at the same speed throughout the period that the flags were being waved. They both singled instead of doubling as they had previously done. It’s completely subjective as to whether that constituted “a significant reduction” or not, however if Higgins thought it didn’t how can he justify penalising just one of them, it should have been both or neither. To cap it all there is a new piece of legislation written into the ACU rules this year, which states that if the Clerk of the Course concludes that his decision is “Decided as a Statement of Fact” there is no longer a right of appeal, full stop! I think I can guess who had that little caveat added into the rulebook.

Following the weekend, what are your thoughts on our premier domestic series? Do you feel let down by it all?

I was ashamed to be associated with the meeting. It was like being at a poorly organised club meeting from 30 years ago. How could you take a sponsor to that and hope to impress them.

I’m sure that, as a fan, you have an opinion on the Mel Pocock incident and what happened there?

I’ll never forget having to listen to the relentless screams of agony from poor Mel, as he lay in the medical unit for what was a very long time.  All I could think about was what if that had been one of my riders or god forbid my son. I still can’t believe the lack of care he received, it was truly incredible and most people were in shock. It’s a dangerous sport at the best of times, but the least we expect is adequate care to be provided when something like this happens. The hospital was only four miles away from the track and yet it took an hour and a half to get him there.

Yes he looked very fast and very strong. We’re lucky in this country to have two great young British riders coming through with Adam and Ben.

What about Steven Frossard, what’s the situation with him?

He went down at the front of the pack and damaged his hand. He’s back in France and has seen his surgeon, who has confirmed there is nothing broken so hopefully he will make it to Argentina.

Finally, what do you think needs to change? How can we make sure we don’t have another weekend like this?

There’s one common denominator in this and that’s Brian Higgins. He has his fingers in every pie, he’s the ACU Chairman, ACU Events Limited Chairman, the National Council Chairman and the Motocross Committee Chairman. On top of that he and his cronies control two clubs, Tamar Valley and West Devon, which he uses to run certain rounds of the British Championship as organiser, after being given the rights by the promoter, ACU Events Limited.

Indeed it was the Tamar Valley club that reduced the weekend’s meeting to the debacle that was witnessed by everyone in attendance. What could possibly be Higgins’ motivation for running these meetings with his own businesses other than to make money and it’s this pursuit of profit, at the expense of everything else, which is the root cause of the current problems. He’s on the digger preparing the track, he’s controlling the gate, he’s Clerk of the Course and dishing out penalties as he sees fit. It’s this pursuit of profit which drove him to make up his own ruling on the Saturday morning that no-one was to be given money back when they showed their passes later, a fact that no-one else knew in advance.

He saw the opportunity to make some extra cash and nothing was going to stop him. I have never really seen eye to eye with him over his running of the series, however the treatment our team and others received at the weekend and the shambolic events that unfolded took things to a whole new level. In my opinion he is a disgrace to the ACU, the championship sponsors, the manufacturers, the teams, the riders, the spectators and also to the many hard working people who have to work alongside him and the ACU cannot sit on its hands any longer. I have drafted a letter of complaint, which is on it’s way to them and I can only hope that they take on board my comments alongside the many others they will undoubtably receive and take the appropriate action, otherwise I can see no future for the championship.

From my own point of view I have to question whether I can justify asking my riders to take part in events where we are not confident that they will receive the basic care and attention required, if they are unfortunate enough to suffer injury, and also whether I can ask them to compete in races where they can have their results downgraded at the whim of the Clerk of the Course, without any right of appeal despite that very same person having threatened in advance to take sanctions against them. I love the sport and have no other motivations other than for it to improve and with Higgins at the helm this is never going to happen. I’m an optimist though and I have to trust that the people in control of the sport’s future will do the right thing, so I’m already looking ahead to a much improved British Motocross Championship, one where money grabbing individuals like Mr Higgins are unable to line their pockets to the detriment of the sport they are supposed to be protecting and enhancing and one where the ACU actually delivers its mission.