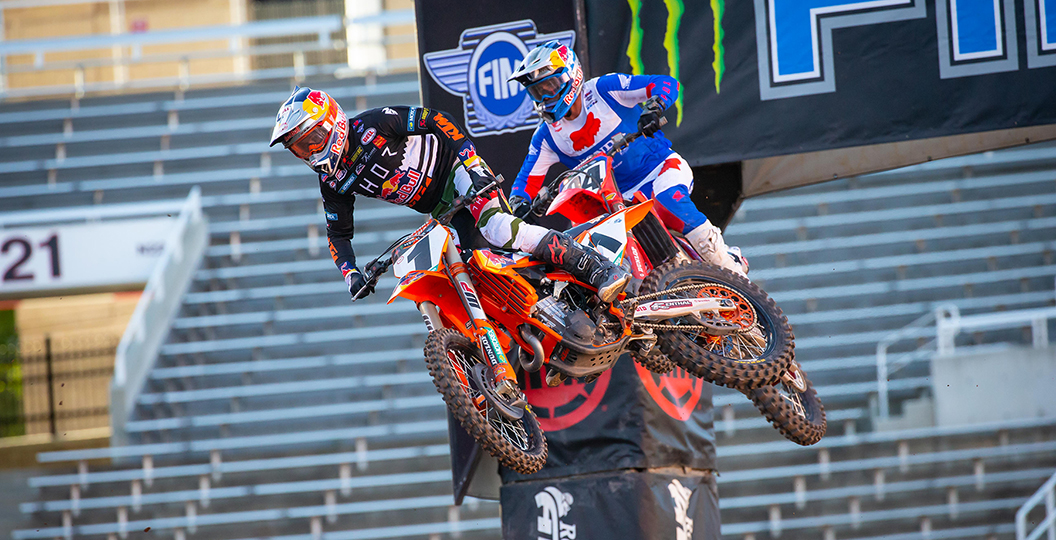 This is it! 2020 Monster Energy Supercross will reach its conclusion within the walls of Rice Eccles Stadium in Salt Lake City on Sunday afternoon. There are still three championships on the line, and the epic 250SX East/West Showdown will be run as well. There are certainly a lot of reasons to tune into that season finale. Who has stuck around in Utah long enough to see that final chequered flag wave in this historic season? Entry lists are below.

The 250SX East/West Showdown is going to be stacked, there is no doubt it. It is impossible to deny that a lot of the heavy hitters are coming in from 250SX West though. The list below reads more like the entry list for a 250SX West race, with three or four 250SX East contenders sprinkled in. It will still be an insane race with a lot to watch out for. Can both Dylan Ferrandis and Chase Sexton hold onto their respective red plates?