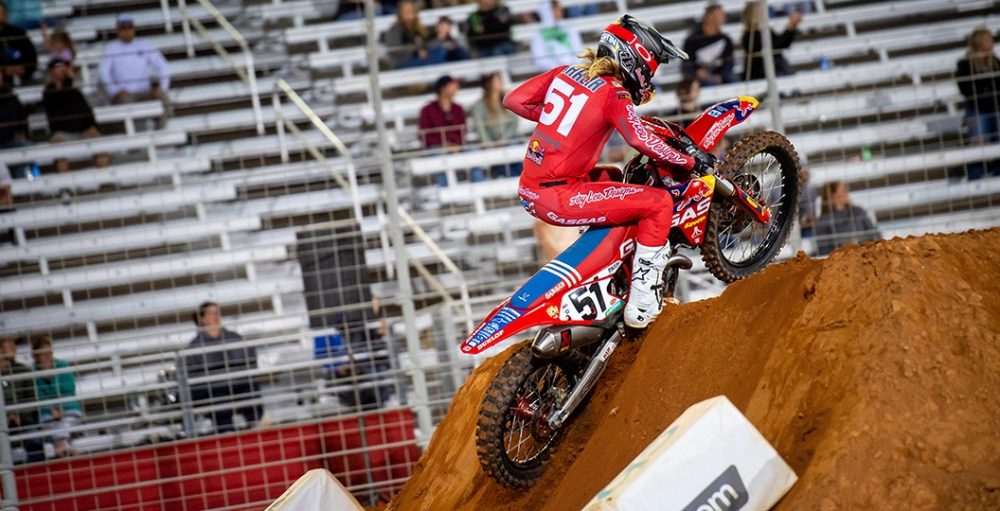 The 2021 Monster Energy Supercross series is winding down at a rapid rate; the penultimate round will be run in Salt Lake City this weekend. Salt Lake City 1 is poignant for a couple of reasons, one of those being the return of the 250SX East division. Colt Nichols and Christian Craig are separated by eight points with two rounds to go, so it has now become the tightest title fight out of the three. There are only 26 guys entered for 250SX West on Saturday too – just four riders will miss the main event. View the provisional entry lists for both classes below.