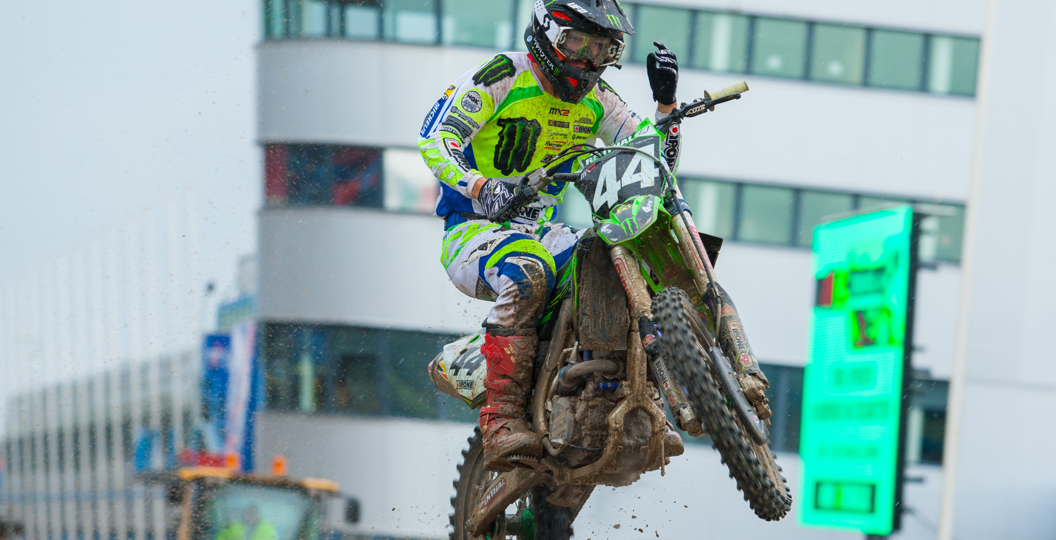 The final round of the FIM Motocross World Championship is expected to be an exciting affair. Pauls Jonass and Jeremy Seewer will duke it out for the MX2 title and then four riders will chase the WMX crown. The EMX250 title was also be expected to go down to the final moto of the season, but it just became apparent that Morgan Lesiardo will claim the gold plate.

Morgan Lesiardo, of the Monster Energy KRT MX2 team, currently leads Simone Furlotti by twenty-six points. Fifty points are up for grabs at Villars sous Ecot, as two motos are still to be run, but Furlotti has just confirmed on social media that he will not be travelling to the venue. Lesiardo cannot be caught by the rider in third, Alberto Forato, which means that he is the provisional champion.

The only way that he could lose this thing is if Furlotti somehow recovers in time to race, turns up and then erases the deficit. That definitely will not happen though. Lesiardo will be the official champion after moto one, which will be run on Saturday, even if he does not take to the starting line.