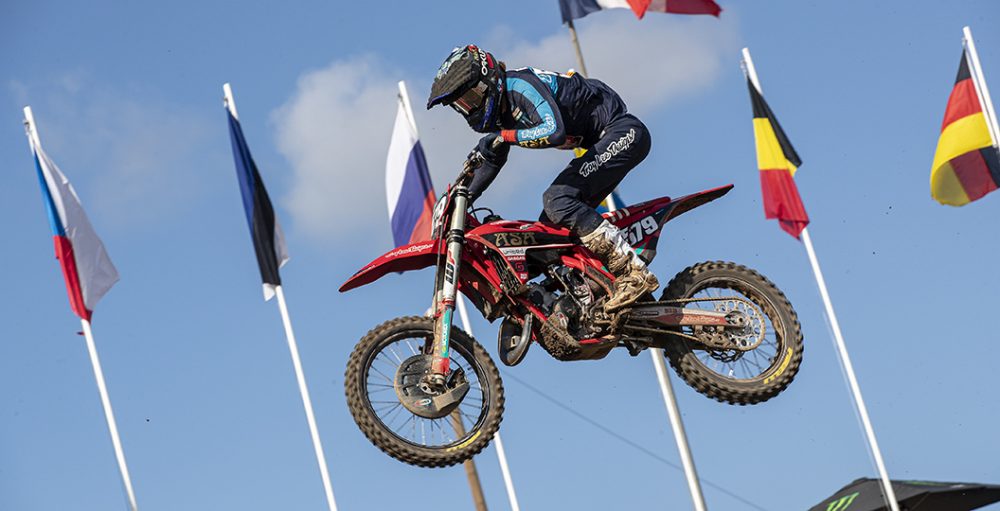 The 2021 FIM Motocross World Championship continues on at Intu Xanadu in Spain this weekend – EMX125 and WMX action got the programme started. It has been a slog for EMX125 riders; they have had consecutive events in Germany, France and now Spain. The EMX125 season is far from over too, as they will feature at all of the Pietramurata rounds. WMX, on the other hand, have just one round to go now, so the results from Spain are rather poignant. Those can be viewed below.

“It was a tough weekend but we got the job done,” Courtney Duncan said about her win. “It did not start off on the right foot, first tangling with Kiara [Fontanesi] and then a huge crash. It was a pretty stupid mistake; I should have known better than that and I only had myself to blame. I ended up in the medics, getting taped up with a deep cut in my finger. I was in pain for the second moto but I was happy to rebound with the win. Now I’m looking forward to the final round next weekend in Trentino.”

“I didn’t have the best starts today, around P10 I think,” Ivano Van Erp said about his EMX125 victory. “I needed to push hard. I was able to take the lead and get the win in the first race, which was really nice. I had a better start in race two but made a small mistake, which let Bobby Bruce pass me, but I was able to get to fourth and saw on my pit board that I would get the overall victory, so I just kept my focus to win the overall. I just want to thank everyone who helps me, Loic LeFoll, my family and all of my sponsors.”