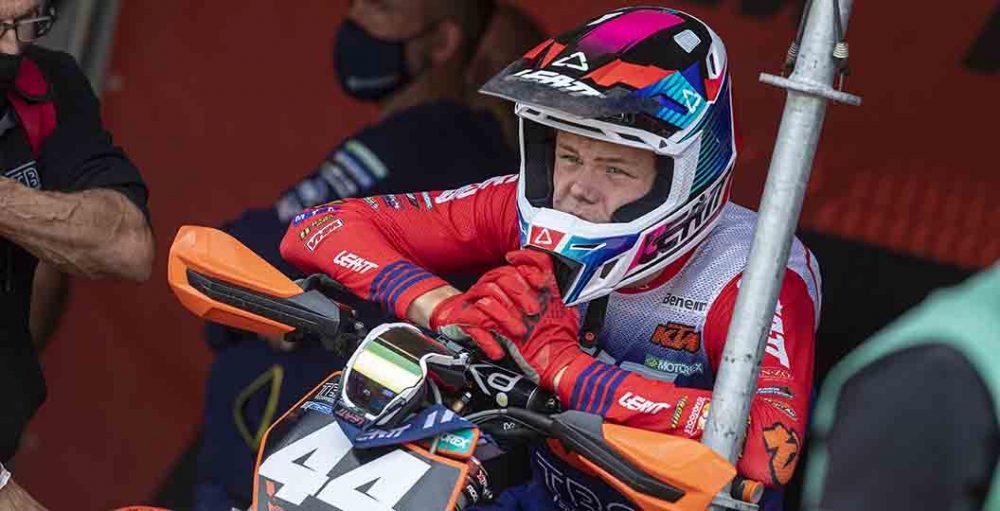 It feels like an absolute eternity since the EMX250 division, a support class in the 2021 FIM Motocross World Championship, last took to the track. It has been two months in total since their previous outing in Latvia! Those riders return to racing at the Grand Prix of Germany, held at the hard-pack circuit of Teutschenthal, this weekend, alongside the EMX125 riders. EMX results from round eleven of the 2021 FIM Motocross World Championship will be added to this page immediately following each session.

What happened the last time out? Kevin Horgmo won an EMX250 round for the first time ever, but only took two points out of Nicholas Lapucci. Lapucci has led the series since the first round and sits on a 24-point advantage now. Five rounds remain for the EMX250 guys, so there is a long way to go. It’s worth taking note of Rick Elzinga in third, for that reason. Elzinga is 19 points behind Horgmo and coming off of wildcard appearances in the Lucas Oil Pro Motocross series – it is likely that he will have a spring in his step after racing there.