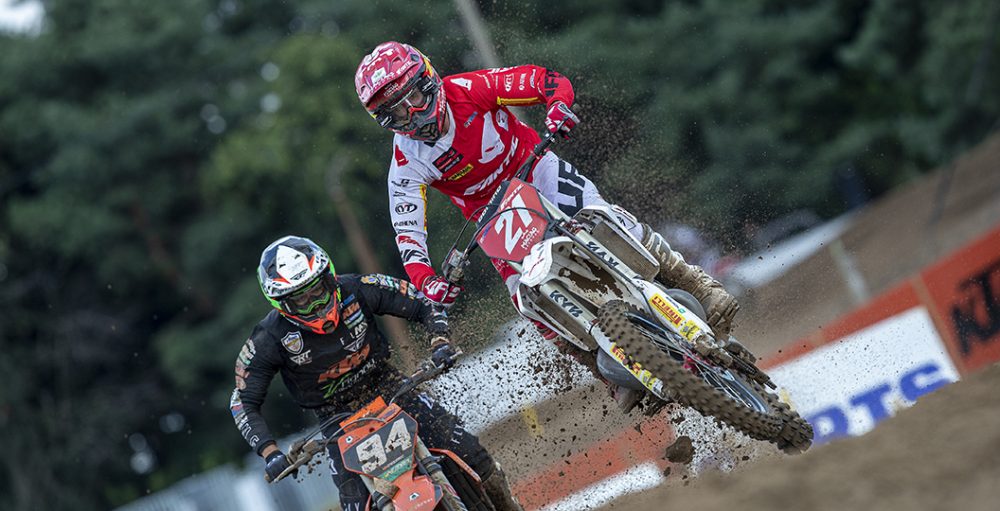 Yet another round of the 2021 FIM Motocross World Championship is sat on the horizon. The EMX250 and EMX Open riders will play a supporting role at the Grand Prix of Latvia this weekend. Those guys will hit the track on Saturday, of course, as per the pandemic-orientated schedule. This is going to be a poignant point for the EMX250 series; Kevin Horgmo must stop the momentum that Nicholas Lapucci has. That is going to be very difficult though, as Horgmo is dealing with a painful back after a crash in Belgium.

In EMX Open, one name pops off the entry list. Gert Krestinov, a former Grand Prix winner, is going to make a wildcard appearance in the support class. Seeing as Krestinov is still a factor in domestic competition, one would think that he is going to be the favourite to claim the Grand Prix of Latvia win (in EMX Open). Micha-Boy De Waal is no slouch in the sand either though, so it may be a good time to tune in and catch that class.