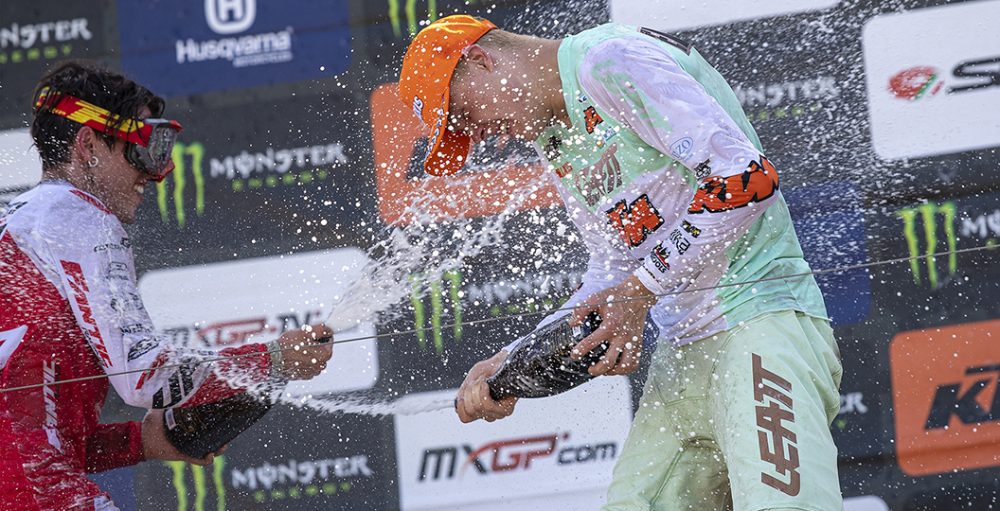 The sixth round of the 2021 FIM Motocross World Championship, the Grand Prix of Flanders-Belgium, will be run in the bottomless sand of Lommel this weekend. Before the MXGP and MX2 classes take to the track on Sunday, three support classes will be run on the Saturday. The EMX250, EMX2T and WMX riders will all race at the event this weekend. The provisional entry lists for the two EMX classes, EMX250 and EMX2T, are available below.

95 riders will attempt to make it in EMX250, so qualifying spots will be at a premium. Nicholas Lapucci has a 17-point lead over Kevin Horgmo following two rounds of seven (with the schedule in its current state). The winner of the previous round, Rick Elzinga, is another contender in the sand, but he sits fifth in the championship at the moment and one point down on Liam Everts in fourth. Andrea Bonacorsi is third.