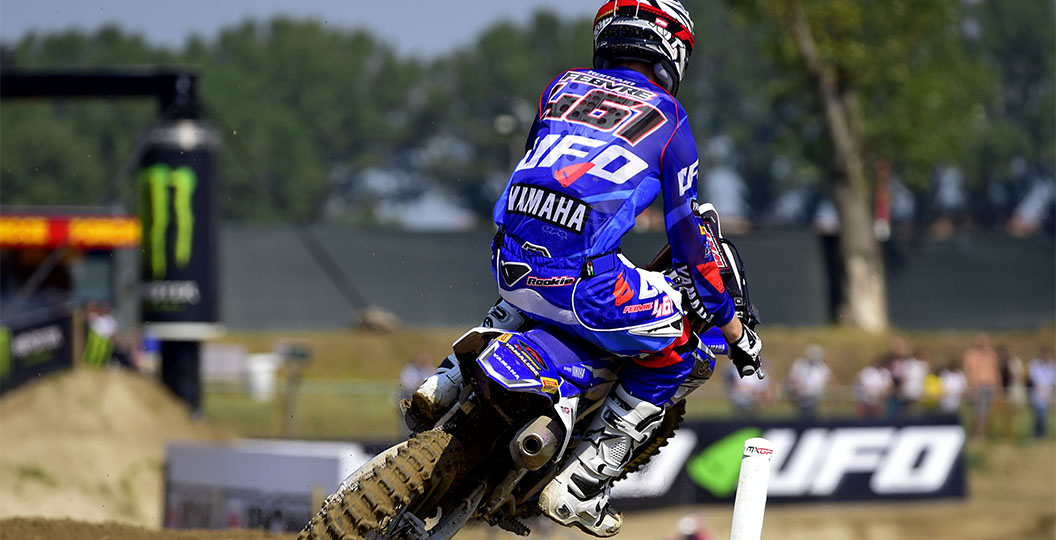 Eight Things: GP of the Netherlands

The Track: I am really quite intrigued to see what sort of track the riders are faced with this weekend, as it isn’t even built currently. It is an ongoing process, which started at the beginning of this week, and all we really know is that it’s going to be flat and sand. Obviously this is going to spark the old debate about man-made tracks, but this one could be quite different to the ones that most have loathed in the past.

Romain Febvre: If Romain Febvre can finish ahead of Gautier Paulin this weekend, he’ll clinch his maiden world title not too far from his homeland. However, if he doesn’t beat his fellow countryman then the inevitable celebrations will be put off until Mexico. I know where I’d rather win! Depending on how deep the sand is, he could have a tough time beating Paulin; he was beaten by the HRC rider in both motos at Lommel. But, then again, he showed a phenomenal level of speed that weekend – it all depends on whether he can keep it together.

Shaun Simpson: Simpson has already stated how delighted he was when he saw the type of sand that was being brought in to build the track, as it resembles the deep stuff that the nation is renowned for. Couple this with him having more time on the factory bike and we could see the Scotsman atop the podium again this weekend. The points that come from that would be welcome too, as he is currently trying to fight off the advances of Max Nagl and Jeremy van Horebeek to secure a top five ranking in the world championship.

Gautier Paulin: Honestly, Gautier Paulin isn’t going to win the MXGP title and is pretty safe in second in the standings. I still believe that he has a bit of a point to prove, however, as he has just a single win to his name this year. Obviously we all expected much more of the Frenchman, so another win would certainly boost the morale in his camp. Memories are short in this sport, as well, so a single victory could erase his past struggles from everyone’s minds.

Nathan Watson: I feel like Nathan Watson is on the verge of breaking through, as he has shown that he has the speed in recent weeks. He just needs to translate that speed into a good start and he could find himself comfortably within the top ten. With the Assen circuit being sand, he could impress this weekend; it certainly wouldn’t be surprising.

Max Anstie: The nature of the circuit at Assen could play right into Max Anstie’s hands, as we have seen how dominant he is in the sand. If Gajser struggles in the soft stuff like he has in the past, he could make up a good amount of points too. It is hard to see him not going 1-1 again, honestly, as he continues to try and cut down the thirty-eight point deficit to the championship leader. Time is running out and this could be his last opportunity to make up a large chunk of points in one weekend, as the playing field will be levelled somewhat on the hard-pack of Mexico.

Tim Gajser: Round sixteen of the FIM Motocross World Championship could be a crucial one for Tim Gajser, as he needs to avoid losing too many points to sand specialists Anstie and Jonass. His form at Lommel indicated that he isn’t on par with the top two in the deep sand, but when we get to Mexico in two weeks he’ll be the favourite. In order to ensure he can capitalise fully on that, he must ensure he stays within striking distance this weekend. The pressure is on, as we know what to expect from Jonass now…

Pauls Jonass: Yep, Jonass seems to be the first MX2 contender to master the art of consistency. He has finished either second or third in the last eight motos! That isn’t spectacular, but it is getting the job done. I still believe he needs to win one of these things before the final chequered flag falls, just to get the monkey off his back and give him that little extra boost to seal the deal. A win could come this weekend, as he is the second best sand rider in the class and will undoubtedly be up front at the start. His average starting position across thirty motos is fifth!