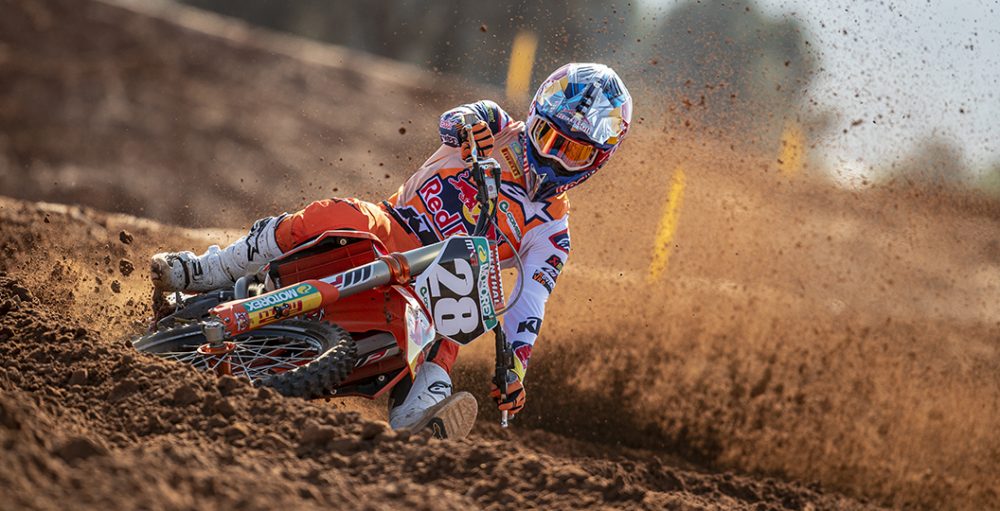 It suddenly seems as though the start of the 2021 FIM Motocross World Championship is not too far in the distance, as the possibility of starting the new campaign in Russia of all places becomes more realistic. The Grand Prix of Russia, run right alongside the Black Sea, is 33 days away at the time of writing and one would think that cancelling within a month of the event would only be done in the most extreme circumstances.

When the current version of the Grand Prix calendar was released, industry folk were full of scepticism and almost disregarded the dates. The tone has shifted a month on though – everyone is frantically attempting to finalise visas for a trip into the largest country on the planet. Now, that is not an easy feat at the best of times and thus there are some concerns amongst those residing in certain nations (the United Kingdom is at the top of that list). There were rumblings that a meeting was held last week, as there were worries that key figures would be denied entry, but it sounds as though the event will still go off.

In talking to people familiar with what is going on in Russia, it sounds as though a lot of the restrictions are fairly relaxed currently and Orlyonok could be a reminder of what a regular race is like. 30,000 fans flocked to the Formula 1 round in Sochi late last year, so that is not too much of a shock. Imagine if the fences were heaving with passionate fans to begin the 2021 FIM Motocross World Championship, a whopping 218 days after the gates last dropped at Pietramurata? That must be a tantalising prospect for all involved, even if it does involve a trip to Russia, and is the main priority for this year.

An interesting prospect now is that there are really not too many opportunities for riders to get pre-season races in the books, if Russia is indeed going to go ahead on the proposed date. It was obvious that most of the teams were going to log time in the Dutch Masters series prior to the season opener – that would have been sufficient. Now that championship has been cancelled, what options are there? Travelling to the ACU British Motocross Championship is more hassle than it is worth and comes with some hefty costs for COVID tests (more than £300 per person in total). Lyng and Canada Heights are not exactly great for MXGP prep either.

Tim Gajser and Glenn Coldenhoff took advantage of the Italian round at Montevarchi, but the next stop on that calendar is not until the weekend before Russia. Would anyone really want to travel south to race just days before taking off to the first round? Exactly, not to mention that the crates would already be en route to Krasnodar. The French national championship is set to start on that same weekend at Ernee, which is actually a pretty good place to prep for Orlyonok. The date is not exactly the kindest though. Driving to France makes a lot more sense than going to Italy though, so maybe some practice bikes get an outing.

The next round of the RFME series in Spain is scheduled for that same weekend, funnily enough. What is it about the first weekend in June that is so attractive to the promoters? No one will travel there, outside of the regulars who have already started the series. The ADAC MX Masters does not begin until July – that is no help. There are very few options for those who have not raced in anger to think about. Riders like Jeffrey Herlings, Antonio Cairoli, Jeremy Seewer, Pauls Jonass, Brian Bogers, Arnaud Tonus, Tom Vialle, Jed Beaton and more are all yet to race. Jonass really jumps off of the page there – he has not raced since March 2020.

If Russia does get postponed, which no one seems to think will happen, then this is a moot point. Everyone will head to France, Spain and Italy at the start of June and log laps at a race pace before things start at the end of June. Simple. If we are dropping gates on June 13, then there are going to be guys with very different prep. It will be a weird dynamic. Heck, even those who did the Internazionali d’Italia series would not have competed in more than three months. That would be considered heinous in normal circumstances.