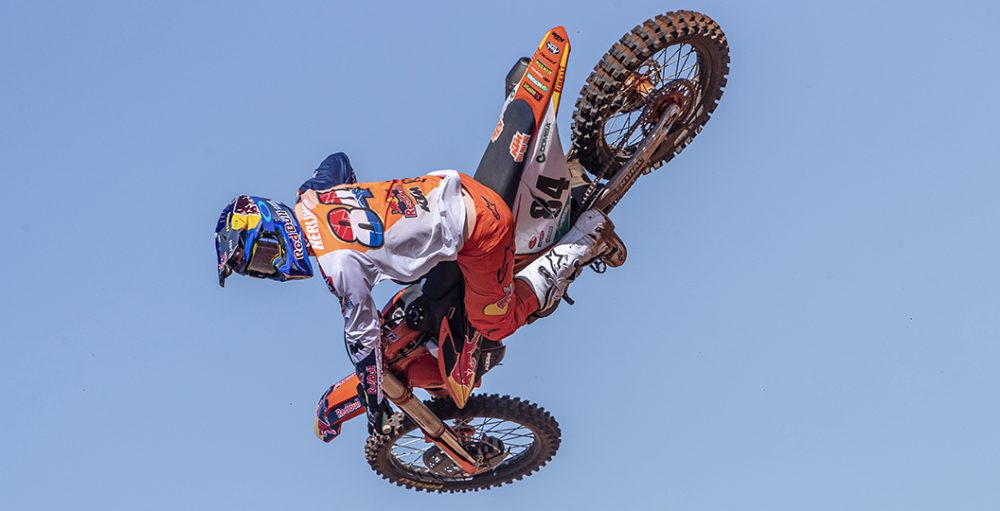 MX Manager has returned! Following much debate and analysis following the previous season, it was quite clear that changes had to be made ahead of the 2021 FIM Motocross World Championship. Four significant changes have been made prior to the new season that should increase the need for strategies, prompt a lot of different rider picks and ensure that this is the most competitive season ever. Let’s go!

The biggest change is that players cannot choose the same guy at two successive rounds, which means that it is important to plan ahead. Imagine picking Nathan Watson at Loket and then not having him as an option for Lommel? That would be disastrous – it is possible to control that. Mechanical issues and crashes will be magnified now as well, because that will cause a price to plummet for the next round and everyone else is going to take advantage. Motocross can be cruel but keep at it and the pendulum will swing across the 20 rounds.

Speaking of costs, the budget for each round has been increased from 1,200,000 to 10,000,000. Rider prices are raised to work with that and that also allows for bigger changes from one guy to the next. There is a lot more wiggle room now! The best riders, like Tim Gajser and Jeffrey Herlings, cost a lot more now too, which means that they are not really viable options. It is likely that they will bank solid points, but not enough to win one of the prizes. Perhaps playing the long game is the way to go though? Prices will change each week based on form too, much like last year.

Teams and manufacturers have been taken out of the options now – they were not used enough to warrant being included nor did they create variety. That is gone. Bonus points are gone too, as Jorge Prado and Tom Vialle take so many holeshots. Where is the fun in that? It is meant to be unpredictable. The fact that a guy cannot be selected two rounds in a row will add variety though and fill the void. It is important to note that this makes those top riders even less of an automatic pick now. Look further down the list and grab bargains to win!

The prizes are changing slightly this year as well, because of uncertainty with the pandemic. Companies are dealing with a massive backlog on many products at the moment, because there is so much demand, hence why it has been difficult to nail down some confirmed prizes. To sidestep that this season, vouchers will be awarded to the top-ten finishers at each round and to the top twenty in the final points. A rundown of the prizes from Even Strokes can be found below.

Note: What can you buy with your MX Manager vouchers? Find out now by searching around on this link.

Note: To be eligible to win prizes, you must go premium for £12 a season. That can be done on this link.