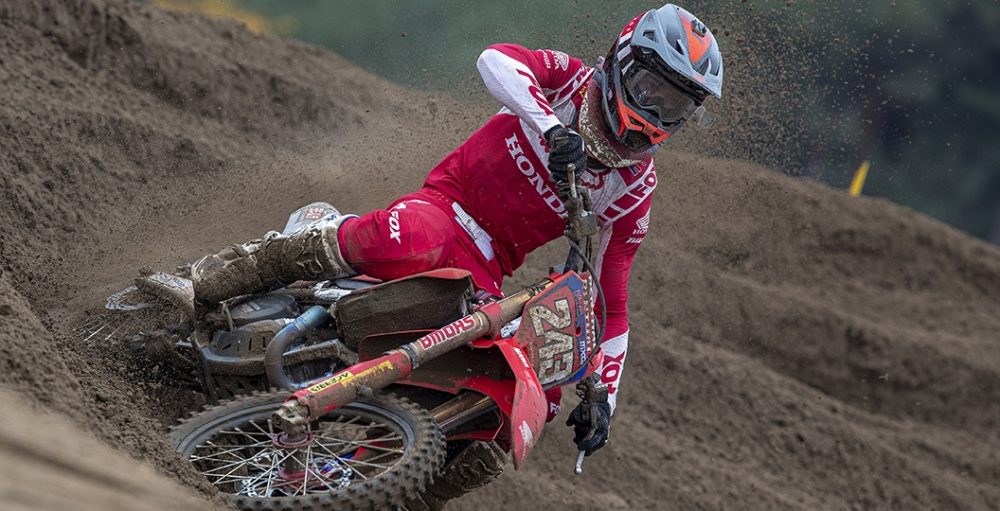 Watching the Internazionali d’Italia series fire into life at Riola Sardo over the weekend was a very welcome distraction from the lack of supercross action in the United States. It also served as a reminder of how much things have changed too – the 2020 FIM Motocross World Championship had started at this point last year. Now, we are (hopefully) 81 days away from the Grand Prix of The Netherlands and Europe is fairly quiet.

There were many questions at this point a year ago that have now been answered. The pressing query that ran rampant in the Grand Prix paddock at Matterley Basin was whether or not COVID-19 would impact the series – answered received loud and clear on that one! There were also questions about the on-track action that were answered in the 365 days that followed though, namely in the MX2 division. No rider made more of a statement in that time than Tom Vialle, who was still an unknown commodity when the previous term fired up.

Sure, everyone knew that he was quick and going to win Grands Prix. Would he be able to stay upright and actually implement consistency into his programme? That same question was hovering above Jago Geerts. Vialle silenced all doubters and showed maturity beyond his years in the 18 rounds that followed, meaning that there is no denying the fact that he is the favourite to clinch the MX2 title in 2021. Geerts, on the other hand, is in the same spot that he was last season and the question about his ability to string results together remains.

That is the best way to summarise the way that the MX2 category unfolded last season – Vialle progressed and Geerts, for the most part, stood still. That is not to say that Geerts cannot make a similar jump up this year, as everyone matures at different rates. Imagine if he were to make a jump up and sit on the box at a majority of races like Vialle did? It would be a shock to the system and also prompt a phenomenal title fight. That did not quite materialise in the way that everyone imagined last term and would be one of the biggest hopes this year.

There were great hopes of an MXGP title fight at this point last year too, but injuries ruined that and meant that the results were fairly similar to the previous term. It was the same result for the same guy, Tim Gajser, yet the on-track performance was so much more impressive. Gajser and that CRF450RW really raised the bars as the months went on last year and that means that he has gained a lot more respect (if that even is possible) entering the 2021 FIM Motocross World Championship. There is a query that burns brighter now though: What would happen when the best version of Gajser races the best version of Jeffrey Herlings?

Herlings only made it six rounds last term and was fairly dominant in that time. Gajser was strong too, but the way that he performed from the Spanish Grand Prix on was so much better. There were really no faults in his programme through that final run of races. That was the best Gajser that the world has ever seen, so how will that version perform against his true competitors? Herlings was out by that point and Jorge Prado missed the final five races. Antonio Cairoli was a shadow of his former self as well, as he battled niggling injuries. How would those riders fare against the firing-on-all-cylinders Gajser that showed up? That is the most intriguing question.

It would be a travesty if that question never gets answered and, unfortunately, that will come down to the number of injuries that arise. Injuries have dominated headlines over the last three years and that has had an impact on the excitement that surrounds title fights – anti-climactic title battles have become the norm. No matter when or where racing begins, the hope is that everyone is ready and can stay in a positive state through the 17 rounds that follow. Answers are needed.