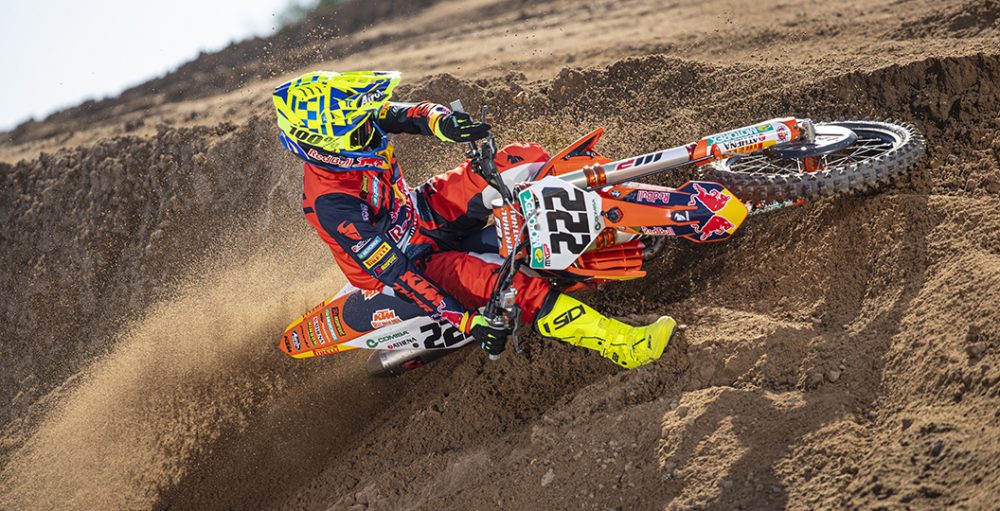 Antonio Cairoli is synonymous with the FIM Motocross World Championship for a lot of fans, so it is difficult to imagine that he may not be a part of the travelling circus for much longer. It is likely that this term could be his last at the highest level, as he has admitted on more than one occasion, but this is a rider who could walk away with the world title. There are many factors at play here.

It is understandable that some are questioning whether he still has the ability to fight for a title at the very highest level – he has endured a couple of years that have been ravaged with injuries and the premier class is arguably deeper than ever with many potential victors. Cairoli won three rounds last year though, despite his issues, and was sprinting away with the red plate before disaster struck two years ago. The point is that whilst some are waiting for Cairoli to hang up the boots and asking when that will finally happen, there has not been any categoric proof that he should in fact walk away.

The last time that we saw Cairoli at full fitness, and actually comfortable, he constructed a lead of 40 points over Tim Gajser after just five rounds in the 2019 FIM Motocross World Championship. We are not too far removed from that and, once again, he won three Grands Prix whilst fighting considerable pain last season. Jeremy Seewer and Romain Febvre did not win that many yet those two are being hailed as pre-season title favourites. Why is everyone so quick to write off a guy who has claimed three of the last 14 wins and has proven time and time again that he can manage a championship?

The greatest question mark here is whether or not he can actually reach full fitness or at least get to a place where he is going to be comfortable for more than just a single day. It does sound like the latter is a realistic goal, more so than reaching full fitness, but that question mark will be one that follows him throughout the Grand Prix season. Even if everything goes swimmingly, will we be a dab of the foot away from visits to the doctor and immense swelling? There are many points to consider here, but it is that mystery that reaffirms the fact that he should not just be forgotten about and left to fade away. This case is not open and shut.

“A lot depends on my condition and the knee. That is why I do not know where I am because I still cannot really push because of this injury following me around.”

Cairoli is no clearer on what the future holds, it seems, and has not locked this year in as his last hurrah – he has simply stated that it could be an option. “It is a matter of results, of course, and how competitive I am: This is clearly my goal at the moment,” Cairoli stated. “I want to see if I can still improve but I know the level of performance is unlikely to go up. A lot depends on my condition and the knee. That is why I do not know where I am because I still cannot really push because of this injury following me around. I think if my knee can be in a bit better shape for 2021 then I should be able to fight for the championship.

“I think it depends on the knee again,” he continued. “Last year I started the season, and I was not ready with my shoulder and when that was better the knee got worse! So, in 2020 I could not really ride like my best. If I am in good shape, I know I can still go for wins even if the championship is my main goal and what I am working towards.” That excerpt is particularly telling. Cairoli is still focussed on winning the title – that fighter mentality is still in there. It also seems as though he recognises that his strength will not be matching Herlings toe to toe when he is setting lap times that are two seconds quicker than anyone else. Instead, his strength will be eliminating mistakes and having a consistent presence on the podium.

Win or lose, retirement or not. It is more important than ever to stop and take stock of the fact that Cairoli is entering his eighteenth season at the highest level. That is unheard of in normal circumstances, let alone said rider still competing for a championship so late in his career. The legacy continues.