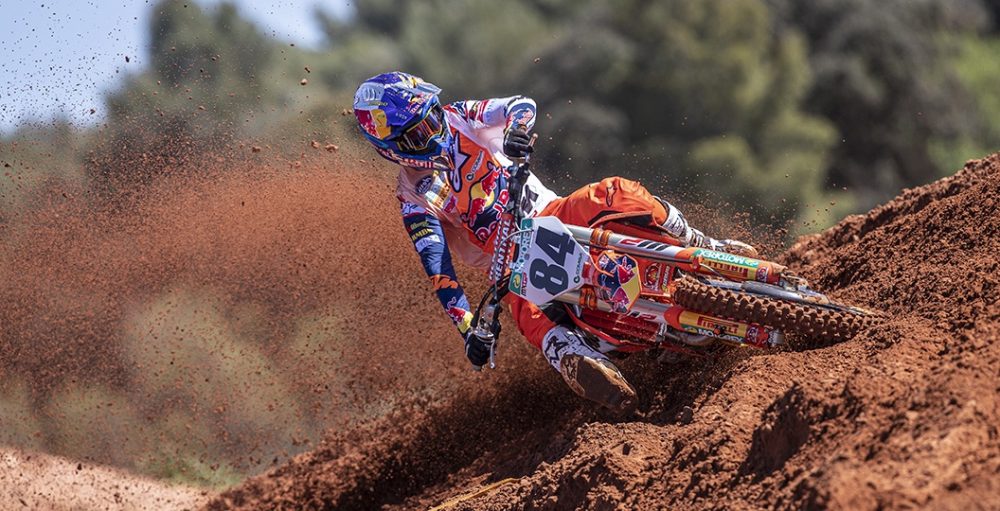 The pain of absolutely nothing happening in Europe got too much and, because of that, I jumped in my car and travelled straight to Belgium a week ago. The trip was not quite as spontaneous as that may make it seem – we had commitments over here and needed to visit riders at home for a project that we are working on this year. All is going to be revealed in due course, but it got off to an encouraging start with one of the most interesting interviews that I have ever done.

I was not quite sure what we would come across in Belgium; COVID-19 is really running rampant in Europe, there is no need for riders to actually push the limits with no races on the horizon and everything is just in a state of flux. There is a lot of riding happening though, with most riders opting to hit practice tracks twice a week. Arguably the biggest issue is that tracks are falling fast – Lommel is now the only option on a Friday. In the last week we hit Deurne, Geldermalsen, Lommel (two days in a row) and then Boekel. I had not even heard of three of those, but hey. Boekel had a tabletop with a concrete face. No, seriously.

Jeffrey Herlings was at two of those tracks and looks really, really good at the moment. Shocker, right? The Boekel track is effectively a smaller version of Lierop, with long straights in the trees, so watching him push around that circuit was just awe-inspiring. Perhaps most intriguing was that it just looked effortless for him, almost like he has made another step forward. I think I am now ready to lock my championship pick for the premier-class title fight in. Herlings is just due at this point anyway, right? It would simply be mind boggling for him to go three years without a title, especially when you think about how superb he was in 2018.

Listeners to The MX Vice Show podcast will know that I have pegged Pauls Jonass to overachieve when the 2021 FIM Motocross World Championship begins, and I am now prepared to double down on that. I talked to him at length on Friday and he sounds so happy in his new setting – he also stated that the GASGAS feels a lot nimbler than the Husqvarna, almost like it is his 250F. That bodes well. Oh, he also said that there are no lingering effects from his back injury last year and that he does not even need to consider that now. All of this, coupled with the fact that he looked so good, has prompted me to settle down on the bandwagon.

It has also been interesting to see that the air shock has made its way onto one or two of the Austrian bikes, but not all. The riders who are running it commented that it does indeed feel more predictable – something that Cooper Webb has also stated in the United States. The first race would have actually been run in Oman yesterday, had the original schedule stayed in place, so a lot of the riders have had plenty of time with their teams and testing is done. Tweaks are still being made, in the constant quest for greatness, but it is not like anyone is reinventing the wheel at the moment. It is more about logging laps.

Another thing that has become apparent whilst here is that very few people, if any, actually think that the Grand Prix series is going to begin in Russia on June 13. The common consensus is that the travel restrictions will make it too difficult to enter a country that is notoriously difficult to enter anyway. Time will tell, but it is actually down as TBC on the FIM’s version of the calendar anyway. There are also a lot of questions being bounced around about how easy it will be to enter the United Kingdom towards the end of June too. Being British, I have had to answer a lot of those like some kind of official spokesperson for the nation.

Back to the on-track action, Ben Watson looks very comfortable on the YZ450FM. I think ‘919’ will be the best rookie in the premier division. I actually visited the Monster Energy Yamaha Factory MXGP workshop for the first time and, well, wow. The place is incredible. Walking into the reception is like entering the headquarters of a multi-million-pound business, not a motocross team. There are a lot of finer details in the building that just reek of professionalism. Not particularly in the mood to open doors? Not to worry, there are sensors for that. I actually regret not doing a workshop tour for MX Vice, but time is of the essence.

Speaking of rookies, Kay de Wolf looks like he has made a significant step since moving onto the full-factory bike and setting his sights on the MX2 division. De Wolf could actually wow people this year – there will be some rough weekends, as there is with any rookie, but his ceiling is actually quite high. The new kid on the Rockstar Energy Husqvarna Factory Racing MX2 team, Maxime Grau, is actually very talented as well. Who knew that he was already under contract with the factory whilst racing for a satellite team in EMX125 last term? That fact alone should indicate just how much potential he has. Those deals are difficult to come by.

It has been good to be around the riders again – it has been so long since anything of significance happened. It is going to be months before gates drop as well, so get comfortable and try to enjoy the silence. It is going to be a long slog until we finally find out how these interesting stories pan out.