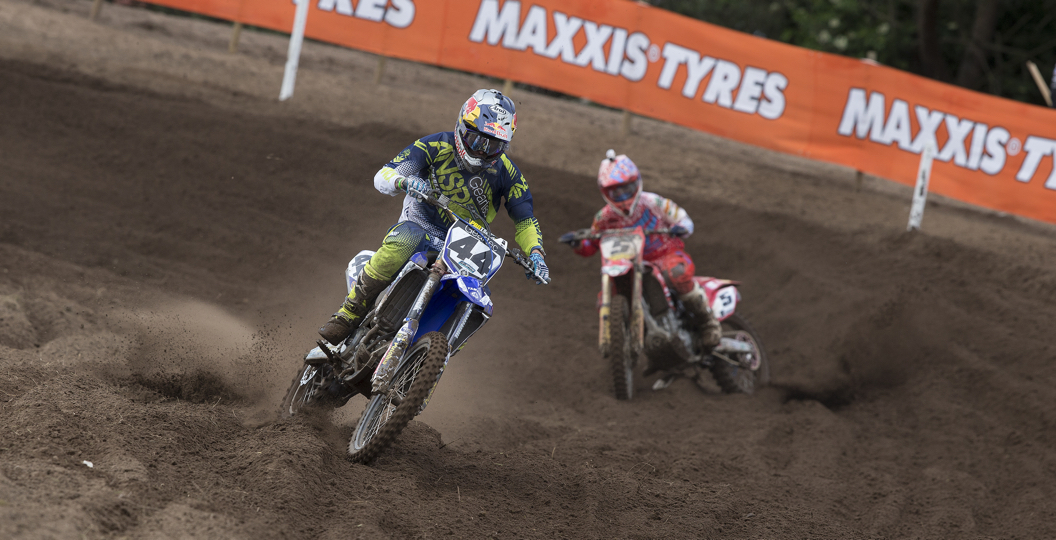 Since winning back-to-back British MX2 titles in 2012/13, Elliott has had a couple of turbulent seasons since stepping up to the 450 class with a number of injuries putting his chances of a MX1 title on hold. He has though proven that he has what it takes to win in the premier class, so 2017 will see Elliott not only be the team’s number one rider but also takes on the role as team manager and the tasks that come with it of building the team and making it a success.

“I am very excited for this opportunity” says Elliott. “Paul Mason of Geartec has trusted in me and my vision to build pretty much what is my own team. The team will be built around people and partners that share the same goals and vision as as myself and Paul, which is be the best and win championships as I believe success breeds success”.

Elliott goes on to say “We want to build a team that stands out from the rest – a team that the younger generation of our sport can look up to and strive to be part of and a team that really can bring a bit of youth and excitement back to the sport we all love.  We are not out there to be just another team – we are out there to be THE TEAM and we are not afraid to be bold and different and with the backing of Husqvarna Motorcycles I know that we can and will succeed”.

Team principle Paul Mason said: “It was an honour to be offered the deal to become an official team for Husqvarna Motorcycles in 2017, but with only being on the scene for a few years I’m very new to it all so when thinking of the idea of starting from scratch it seemed like a daunting task. When Elliott said he would take on the roll as team manager I was more than happy to accept as I am confident he knows what he needs to succeed.  Straight away I could see Elliott’s commitment for the team and making it a success and I know that together we can make something very special and get EBB back to where he belongs again as a winner and a champion”.

Paul also added when discussing the new venture and partnership. “I do this because I love it and I’m passionate about the sport and not out there to make money from it, as all I want is to see my riders achieve what I know they are capable of and have fun.  I feel the paddock has lost that fun factor it used to have and we want to try to bring that back again but at the same time do a good job for our partners as I believe if you’re going to do something, do it properly. That is exactly what we are going to do but have fun along the way.”

David Edwards, Husqvarna Motorcycles UK Brand Manager said: “Husqvarna Motorcycles are very pleased to be working and racing with Geartec Husqvarna in 2017 as one of our three official teams. Geartec has brought a great presence to the British motocross paddock over the last few years and has gone from strength to strength.

“I had been looking at ways of getting Elliott on the Husqvarna Motorcycles brand for 2017 and when he approached me with his idea of building his own team, I was at first a little sceptical but once I sat down with him and Paul I could see straight away the drive, commitment  and passion they both had to make it a success. I am very much looking forward to seeing what they can achieve in 2017 and hopefully see Elliott achieve what we all knows he’s capable of and claim title number three”.

If anyone is interested in being a partner of the Geartec Husqvarna Motorcycles team for 2017 please contact Elliott ([email protected]) for more details.