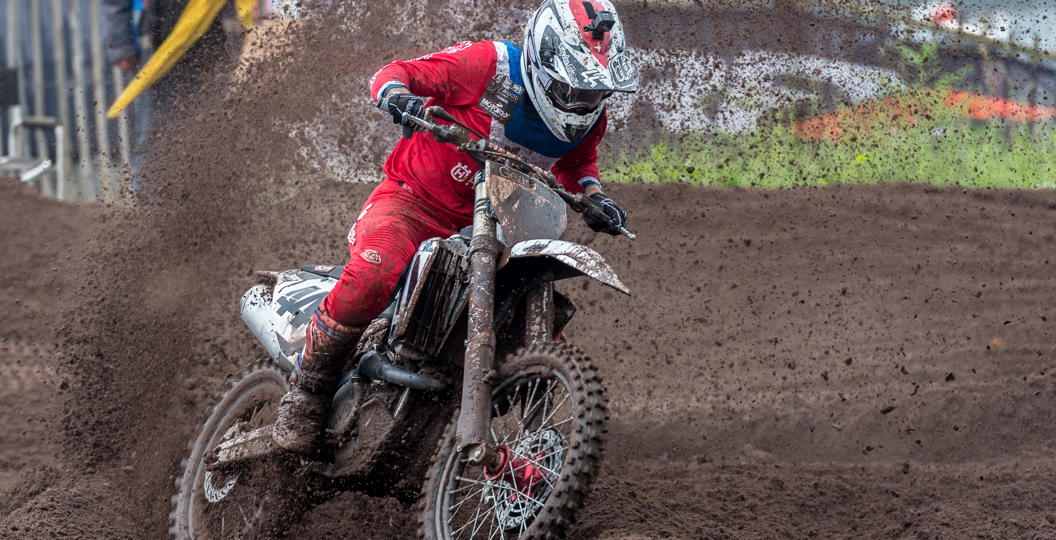 EBB opts out of Matterley

A handful of fans were disappointed to see that a single British wildcard had entered the premier division ahead of the Grand Prix of Great Britain. However, at the same time, Elliott Banks-Browne was commended for opting in and taking advantage of the situation. Unfortunately, he has been forced to drop out now though.

Banks-Browne had a big crash at Preston Docks, the second round of the Michelin MX Nationals, a little over a week ago and was lucky to escape without any serious injuries, but he did tweak his wrist. Although he managed to solider on at Hawkstone Park this past weekend, he has made the wise decision to rest ahead of the fourth round of the Maxxis British Championship at the end of the month. “Tough day with a gammy wrist around Hawkstone today,” he wrote on social media. “Track was savage, so two seconds wasn’t so bad all things considered. Got a bit of time to rest up now and get back to one hundred percent.”


With Elliott Banks-Browne watching from the sidelines, there will be no British wildcards in the MXGP class at Matterley Basin. There is always a chance that someone will jump in at the last minute, of course, but there is no one on the list at the moment.