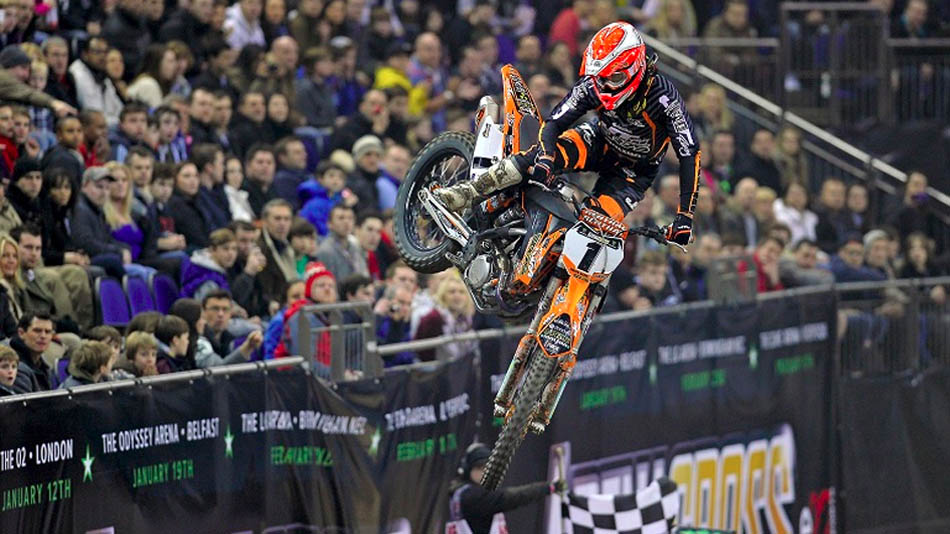 Our Earth’s Moved By Molson!

The biggest single job when it comes to putting on a round of the Garmin Arenacross Tour is constructing the track. The team can have as little as 24 hours to sculpt upwards of 6,000 tons of dirt into a whoop-filled, jump-infested monster of a circuit and to do that they need some hardcore machinery.

The Molson Group team is passionate about motorsports – on two and four wheels – and underlines its commitment by backing the SR75-Molson team, the reigning Garmin Arenacross Team Champions.

“We are absolutely delighted to be on board again with the Arenacross series after the amazing success of last year,” says Company Director Jonathan Wilson. “To be involved with this dynamic race and entertainment tour is great for the Molson Group of brands and of course Hyundai Europe. Add to this the excitement of being a partner in the SR75-Molson race team and the ingredients are all there for an amazing time during the series.”

The seven-round 2014 Garmin Arenacross Tour kicks off with a double-header at the Odyssey Arena, Belfast, on January 17/18 before travelling to the LG Arena, Birmingham (January 25), the Echo Arena, Liverpool (February 2), the Metro Radio Arena, Newcastle (February 9) and the Motorpoint Arena, Sheffield (February 15). The series signs off at London’s Wembley Arena on March 1.

For more information, to buy tickets and to keep up-to-date with the latest signings go to www.arenacrossuk.com