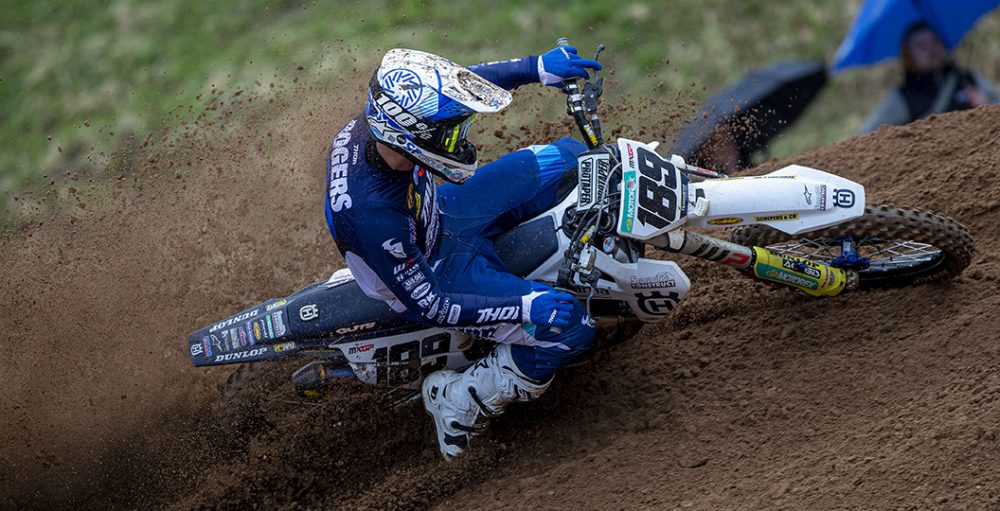 The third round of the Dutch Masters of Motocross was run at another old-school track, Harfsen, today, with a handful of Grand Prix stars in attendance. There is a lack of star power in the national series this year, but why is that the case? The Dutch Masters was once a beaming example of how prosperous a European series could be. The pandemic appears to have shone a light on the importance of taking advantage of spare weekends, perhaps outlining that there is nothing to gain from taking part in a smaller series.

It’s no coincidence that the only Grand Prix riders in action are either Dutch or on Dutch teams. Glenn Coldenhoff would make a case for there being a lot to take from the national series, as it’s arguably had a lot to do with him rebuilding confidence and getting to grips with the YZ450FM that has given him so many issues. The overall win eluded him today, of course, but a dominant moto win served as a reminder of how he is climbing up through the ranks.