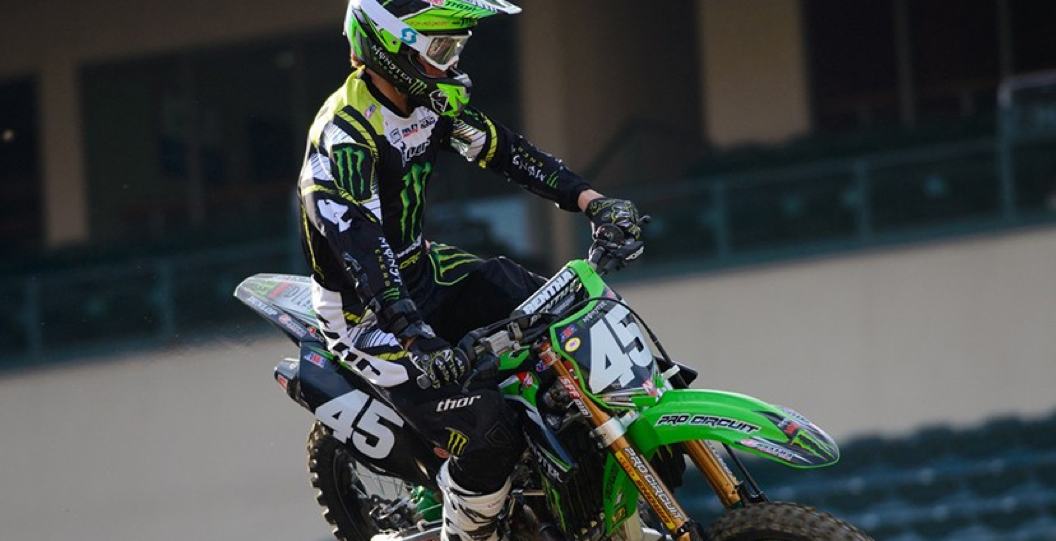 Troy Lee Designs is pleased to announce the signing of Darryn Durham to the team for 2015 and beyond.

Darryn will compete in both the 2015 AMA Monster Energy West Coast Supercross and Lucas Oil Pro Motocross Championship in the 250 class alongside TLD / Lucas Oil / Red Bull / KTM teammates Jessy Nelson and Shane McElrath. Together, this team will be top contenders in the upcoming season.

“I’m really excited to have Darryn aboard team TLD,” said team manager Tyler Keefe. “I think he, Jessy and Shane will work well together and learn a lot from each other. Thanks to KTM’s support, this is going to be a year of growth for TLD, and I’m glad Darryn will be a part of it. I look forward to seeing what 2015 has in store for us.”

Owner Troy Lee said, “It’s great to have Darryn on the team. He’s got a lot of talent and I’m looking forward to seeing his career grow. I know that with the support of the TLD / Lucas Oil / Red Bull / KTM team, he’s going to be hard to beat next season.”

Darryn Durham is also looking forward to a great season saying, “I’m super excited to be riding for the TLD / Lucas Oil / Red Bull / KTM team. The whole vibe on the team is really good, and it’s what I was looking for. How I try to pursue my racing is having fun and doing well at the same time, and that’s kind of the team attitude as well. You know, everyone likes to have fun and everyone wants to win, so I feel like the mesh between me and the team is going to be really good this year. I’m looking forward to trying to pull off some wins!”

About Troy Lee Designs:
For over 30 years, Troy Lee has been customizing helmets “For The World’s Fastest Racers.” TLD’s relentless commitment to creating products that exceed the cutting edge of style, design and quality, has earned them the reputation as an innovator in many different fields of racing. Troy Lee Designs has since expanded into a full force operation, offering a complete line of helmets, apparel and premium protection for off-road motorcycling and bicycling, sportswear and accessories, and operating the TLD supercross and motocross teams. Based in Corona, California, Troy Lee Designs has a global network of distributors.

About KTM:
“READY TO RACE” – for KTM, these three words are far more than a simple slogan. They stand for the entire company philosophy of developing vehicles that can without any modifications comprehensively assert themselves in any race. Direct from the dealer onto the track and into the battle for victory. Designers, engineers and riders are bound by a clear common denominator: an unconditional passion for motorcycles. The whole KTM family is a living example of this worldwide. Countless offroad World and European championship titles plus brilliant victories in the world’s toughest races (International Six Days Enduro, Dakar Rally, Erzbergrodeo, and many more) all speak for themselves. And KTM Supermotos, Naked Bikes, Superbikes and the X-Bow all demonstrate what an “orange” lead means on asphalt.