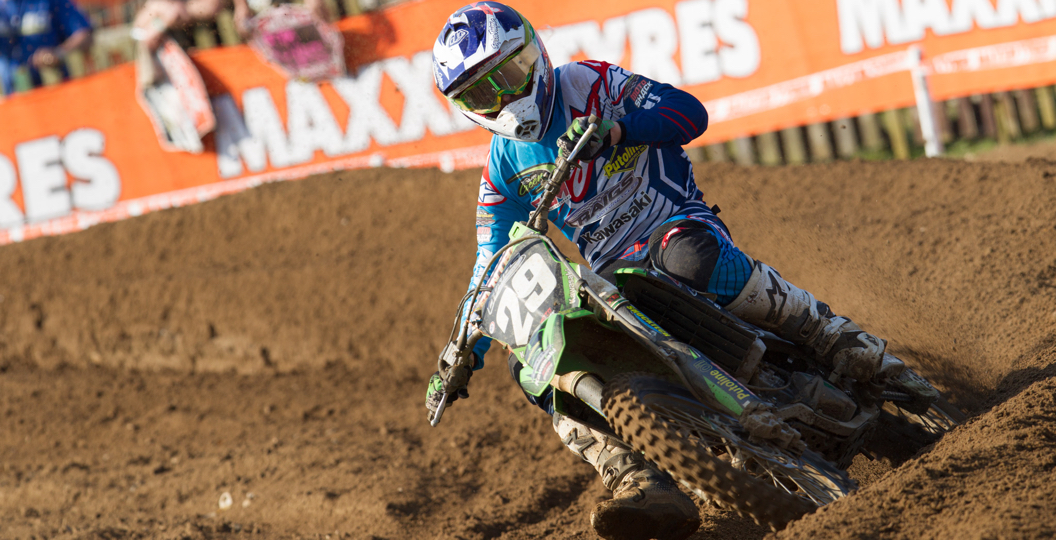 Following such a unique first round, where simply surviving was an achievement after some heavy rain, the general public gained more of an idea of who the brightest stars in the MXY2 division are this past weekend. The MXY2 schedule is a little odd this year, as there are just five rounds and now the youth riders are about to embark on a lengthy break. The series only just started, yeah, but it’ll be two months until they can resume their title fight. Now that we are almost at the halfway mark, here’s a look at what we have learnt about the title contenders.

Consistency is, just as you would expect, limited in this class. It is extremely important in such a short series though, as there is very little time to make up ground after a huge mistake. Keenan Hird has used a run of consistent finishes to establish a healthy lead in the championship that’ll serve him well moving forward. The fact that he has maintained such a consistent run, despite the fact that conditions were so varied from one round to the next, says a lot about his ability to adapt.

We are obviously making this assumption off a small sample size, but it seems like starts are the biggest issue for Jake Edey. The first moto at Culham was great, as he led every lap, but since then he has just struggled to get out of the gate with his fellow contenders. Edey has made thirty-two passes in the three motos since then, which explains a lot. He has returned to the top seven each time, despite all of that, so it’s clearly going to take something substantial to keep him down. Still, he cannot afford to have these mediocre starts! There are just six motos to go.

I feel like Keenan Hird and Lewis Hall have been talked about the most through two rounds, but do you want to know who has been quite good? Tom Grimshaw. Grimshaw won the first MXY2 moto of his career on Sunday and had the fastest lap time of the race too. In fact, his fastest lap time was almost two seconds quicker than the times that his competition were registering! That is impressive, right? Consistency has cost him thus far though, as that moto win at Lyng was the only time that he has jumped up onto the podium. A crash was the reason behind his ninth in moto two, which left him second overall on Sunday, but he still had the fastest time in that encounter also. I think there’s potential there.

This is quite the step up for Joe Cadwallader, considering where he was at this point last year. He has consistently improved in each race, gotten good starts (aside from the second race at round one) and broke through with a podium at Lyng. If he continues on a consistent path, I actually wouldn’t be surprised to see him near the front in the final series standings.

“I’m not happy with how it went today,” said Lewis Hall in a statement after Lyng. A handful of crashes caused him to lose thirty points to Hird, so he now finds himself in a bit of a hole. If he wins every moto over the next three rounds, which he is more than capable of doing, it would not necessarily secure him the title. The good news is that he has time on his side, as he is just 14-years-old! It’s incredible what he’s doing when you take that into account.