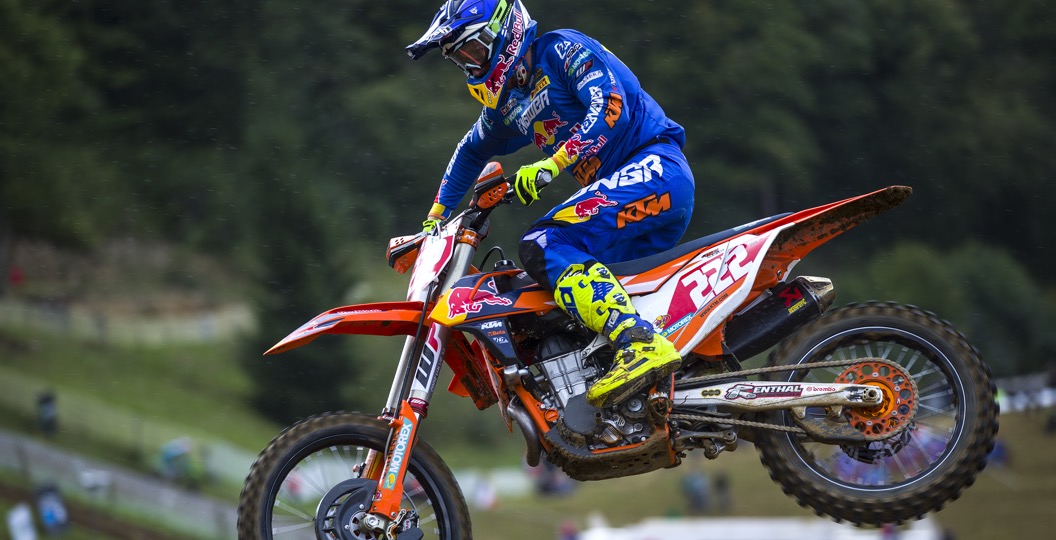 Team Italy receive a lot of attention, despite the fact that they do not have the deepest talent pool to choose from. Antonio Cairoli is the reason for that, of course, as the nine-time world champion can dominate whenever he lines up behind a starting gate and must be included in pre-race discussions. The points that he will acquire this weekend will help Italy edge towards the top three, but Cairoli has openly admitted that they do not have a strong enough team to actually contend for the Chamberlain Trophy.

Team Italy may get closer to that this year though, as everything appears to be falling into place at the right time. Cairoli is on top form and capable of great things, which is hardly surprising, and Alessandro Lupino has frequently dropped into the top ten in the MXGP class. Lupino will contest the Open class and represent his nation for the first time since 2013. Michele Cervellin (MX2) will be the greatest question mark, following a fairly underwhelming campaign on factory machinery. There have been flashes of brilliance at points though.

Team Switzerland have climbed up the leaderboard in recent years, thanks to the fact that their riders have grown in stature. Jeremy Seewer finished second in the MX2 class in the FIM Motocross World Championship, for instance, and acquired many wins across the season. The fact that he has achieved so much success makes it most intriguing that he has elected to push his trusty 250F to one side and hop on an RM-Z450 for the Motocross of Nations. Seewer has admitted that he trains on one quite frequently, so perhaps he’ll surprise some of his competitors?

Seeing as Jeremy Seewer will fill that role on Team Switzerland, Valentin Guillod has dropped down to MX2. Guillod missed three months of racing, as he sustained a hand injury in June, but hopped back on a bike at the beginning of September. The decision to drop down prompted many debates within the paddock, but he has enjoyed a lot of success around Matterley Basin in the past. Remember when he beat Jeffrey Herlings straight up to claim the MX2 overall victory in 2015?

Wilvo Yamaha MXGP’s Arnaud Tonus will lead the team into action and has also dealt with some health issues of his own over the last month. Tonus broke a rib at the MXGP of Switzerland in August and spent a month off of the bike, but returned in time to compete at the final round of the MXGP series. Tonus should be close to one hundred percent at Matterley Basin, a circuit that’ll undoubtedly suit his skillset perfectly, so do not overlook the Swiss team. They may just surprise you.

Team Australia may surprise fans at the Motocross of Nations, as their riders are capable of great things. Dean Ferris is set to lead the team into action and return to Matterley Basin for the first time in more than two years. Ferris, who claimed a title in Australia this season, stole headlines when he ran at the head of the field during a wildcard outing in the USA. If that speed is on show again this weekend, he may help Team Australia break into the top five for the first time since 2011.

Hunter Lawrence (MX2) is capable of great things, much like Dean Ferris, so may surprise in one of the individual races. Poor starts have hindered Lawrence more often than not this season, but he is a force to be reckoned with whenever he gets out of the gate. An MX2 rider typically occupies a position on the inside at the MXoN, so it would not be too much of a surprise to see him start near the front and reel off a great finish. Kirk Gibbs, the unknown quantity on the team, finished second in the MX1 category in Australia this year.

Team Germany did not qualify at the Motocross of Nations last year, so will be desperate for redemption at Matterley Basin. Max Nagl will fill the MXGP berth on the team, much like he did a year ago, but be hoping to make it through the event without any hard hits this time around. Nagl has been great at Matterley Basin in the past, so may record one of his greatest finishes of the season this weekend. That would be the perfect way to end what has been a turbulent campaign in the FIM Motocross World Championship.

Henry Jacobi has been a consistent figure in the MX2 class for some time and actually hovered around the top ten in one of the motos at Ernée in 2015. Dennis Ullrich, the final member on the team, moved away from the FIM Motocross World Championship this year and now focusses on the ADAC MX Masters series in Germany. The KTM-mounted rider has dominated that series and not dropped outside of the top seven at all.

Team Puerto Rico were not even a factor when the Motocross of Nations last visited Matterley Basin, but now they will undoubtedly feature near the front of the field. Justin Starling (MXGP), Darian Sanayei (MX2) and Marshal Weltin (Open) will represent the Caribbean island for the first time. Thomas Covington was originally down to race the 250F for the team, but then a phone call from Roger DeCoster persuaded him to jump across to Team USA. Weltin will act as his replacement and may actually exceed expectations, as he was rather impressive when he stepped up to the MX2 class for the first time at the MXGP of the Czech Republic.

Darian Sanayei will be the star on the team, following a successful term in the FIM Motocross World Championship, whereas Justin Starling (MXGP) is another unknown quantity to the casual fan. Starling actually finished twelfth in the 250SX West standings in Monster Energy Supercross, so is clearly capable of backing up his teammates. This is the strongest team that Puerto Rico have sent to the Motocross of Nations since 2014, when they finished eighteenth overall. They have not qualified for the main show since then.